The 5G roll-out is big news in France and Europe and it’s fuelling a debate with the expected intensity. Mobility, industry 4.0, energy... How will the new 5G networks be put to work for the territories they’re meant to serve? The 2021 conference season opened with a strong Franco-German panel put together by Leonard's teams in Paris and Berlin.

“5G is the outcome of 40 years of ongoing progress and change,” remarked François Lemaistre, Brand Manager of Axians (VINCI Energies), at the opening of the round table. Four generations have led up to 5G: every ten years or so, each of them multiplied the bandwidth by 10 and made new applications possible. And the process won’t end with 5G: while it’s eagerly awaited, the operators are already working on 6G.

For the time being, 5G is ushering in three major developments. To start with, bandwidth has been multiplied by 20, allowing for more data-intensive use cases. In addition, the transmission delay (latency) should improve from 4G’s 10 ms to 1 ms, thus providing much faster response times. Last but not least, capacity is increased tenfold, i.e. the number of connected devices per square metre is on the uptrend. François Lemaistre puts things into perspective: “The bad news? You can’t have all three advantages at the same time on one device. You have to choose.” But the good news is that by using network slicing, it’s possible to create virtual slices within the same network so that different applications can coexist.

“A key element of 5G is use-oriented architecture,” says Michael Einhaus, a professor at the University of Applied Sciences in Leipzig. “It’s not a new interface… it’s a whole new ecosystem that will deliver a lot of flexibility. The challenge will be to optimise this degree of freedom”. While 5G is the expected solution to optimise energy supply (smart grids) or consumption in buildings (smart buildings), it also plays a crucial role in the development of the self-driving car, as Tony Jaux, president of Vedecom, the French research institute dedicated to sustainable mobility, points out.

In his own words: “It’s the basis of the V2X communications system that connects the car to its environment (pedestrians, infrastructure, other vehicles, and more).” Thanks to mobile edge computing (MEC), information processing can be decentralised and taken out on the road. Latency will be significantly reduced, but more importantly, vehicles will not need to carry some of the on-board calculation devices. While the automobile industry is still looking for applications, “multiple players are trying to get their share of the cake, from start-ups to the GAFAM giants. The issue will be to play the right cards” concludes Tony Jaux.

A lot of sceptics in France and elsewhere are concerned about 5G’s environmental impact, with telecommunications already accounting for 2 to 5% of CO2 emissions worldwide. Thomas Reynaud, CEO of the French operator Free, takes a reassuring stance: “it’s the first technology to factor in its electrical and environmental efficiency”. With that said, he takes the question seriously and relies on collective intelligence. “Free has begun to install antennas, but they won’t be commissioned as long as the public debate is ongoing. 4G once raised the same issues. Give citizens time to understand what’s at stake, and this will create a positive domino effect. “ He invites industrialists to take part in furthering this stance by quantifying and evaluating the effects of 5G.

While the public debate continues, the 5G roll-out is accelerating across the globe, with China and the United States at the forefront. Some one hundred million people are already connected to 5G, and this figure is expected to reach 2 to 3 billion in the long term. Moreover, as François Lemaistre points out, the investment balance is now tipping from 4G in favour of the new generation, which he takes to be a very encouraging sign.

For Germany, which entered the race a year before France, the investment issue is a core subject of the debate. By limiting frequency allocation bidding to € 6.5 billion (compared to 2.8 billion in France), the State may have limited operators’ immediate investment capacity, but it has provided itself with a substantial envelope to channel investments into white areas. In fact, the German recovery plan makes the development of the country’s digital infrastructure a priority.

However, Armin Przirembel, director of Axians’ 5G business in Germany, testifies to the administrative and financial obstacles encountered by 5G players across the Rhine: construction permits for new 5G antennas are slow in coming, which is curbing the roll-out. These short-range antennas are also the most powerful. The expert underlines the importance of the market for industrialists who want to set up private networks. Much awaited in industry, 5G will make it possible to usher production into the fourth industrial revolution.

What 5G can do already

Claudius Noack, Assistant Professor at HAW University Hamburg and Innovation Scout at Lufthansa Industry Solutions, shares his feedback on the use of private networks in industry. Businesslike,  he reminds us that most of the innovations promised in the long term by 5G are still in the pipeline, and prefers to concentrate his research on what it can do already. With graphic support, he details the advantages of a 5G warehouse connection compared to Wifi, the main one being the disappearance of latency effects generated by moving from one access point to another.

He also explains how the 5G system installed in the Lufthansa workshops in January 2020 proved to be a winning challenge: the low video latency made it possible to carry out remote inspection work on engine parts, involving considerable time savings. When the pandemic struck, this experiment proved to be valuable for continuing maintenance operations and came into widespread use. Here’s proof that this progress can already be implemented without waiting for new infrastructures, technologies or permits. 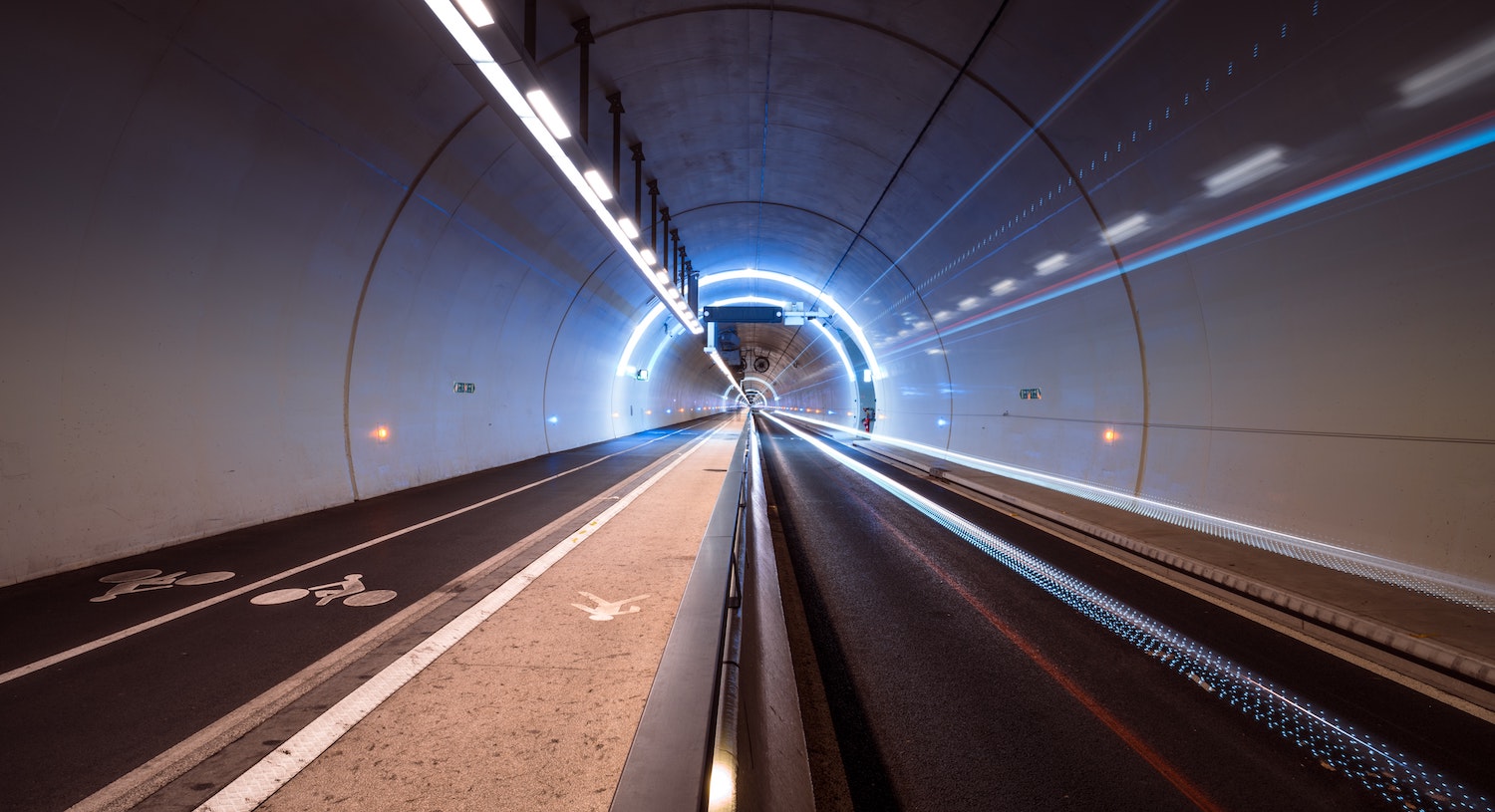 Innovation at the end of the tunnel

Driven by urbanisation and demographic pressure, the need for underground infrastructure is increasing and pressing.