Algorithm city: neither a dream, nor a nightmare?

Automated processing and predictive modelling of urban information has taken on a new avatar: the algorithm city. In order to manage urban complexity, data infrastructures and algorithms are outlining a social imaginary that’s sometimes idealized, sometimes nightmare-esque. So what if we refrained from judgment, and delved into the embryonic-stage secrets of these new grounds? In a city that can’t simply be reduced to a system to optimize, there’s no lack of challenges. 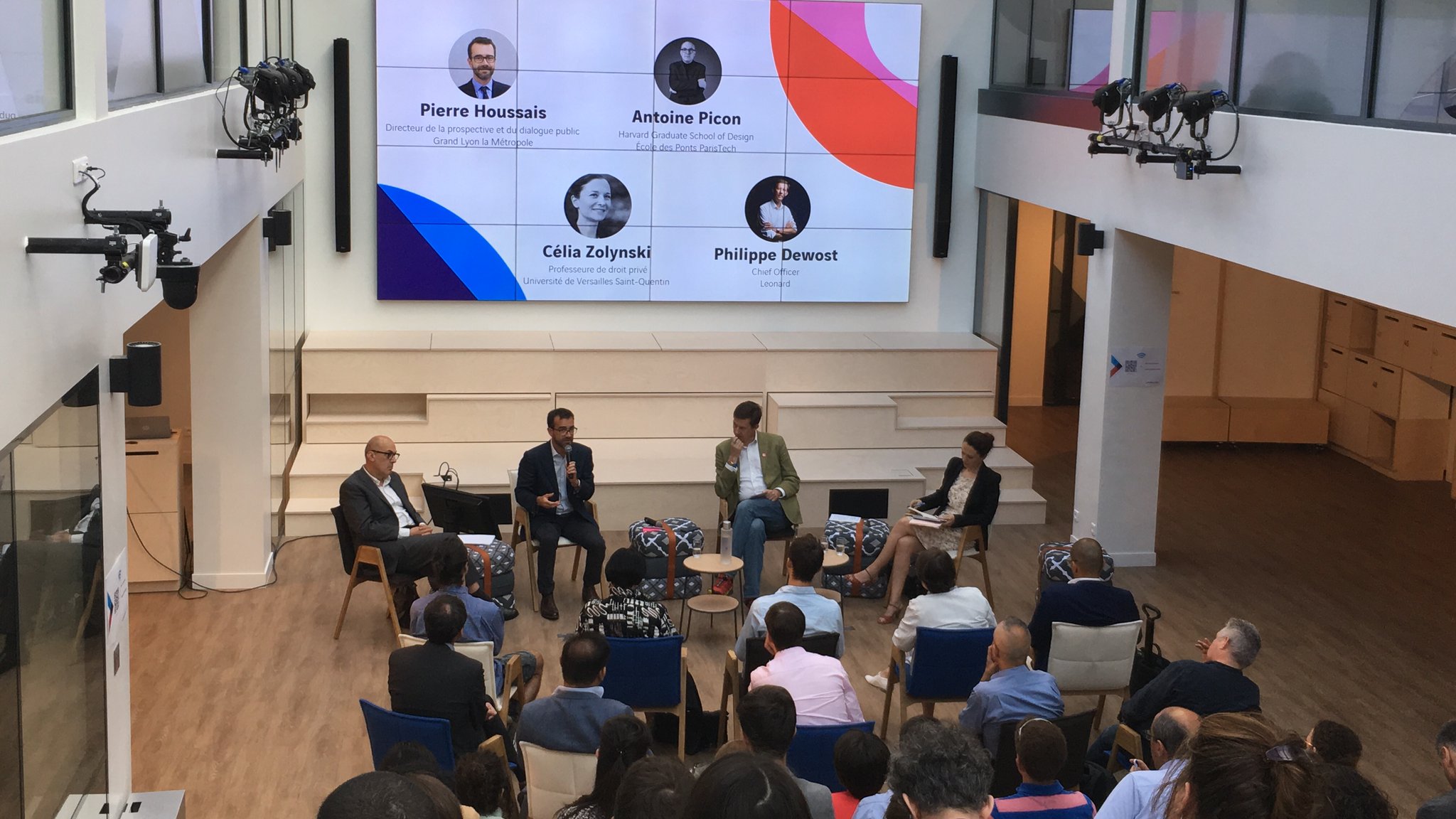 Not all cities look like Jean-Luc Godard’s 1965 Alphaville, the Totalitarian town dictated by the computer Alpha 60. However, this “worrying metaphor to plan, anticipate, control and organize everything” is perhaps just as topical as ever. With the rise in image capturing and geolocation technologies, plus the storing of large amounts of data and now finally algorithms, the ambition to lead, even program, the city has been brought back into fashion.

The programmable city: back to an old future

As professor of the history of architecture and technology at Harvard Graduate School of Design, Antoine Picon was invited by Leonard:Paris as part of their Building Beyond festival to talk about the topic. He recalls that this “programmability” ambition can in fact be traced back through urban history, ever since cities were cities. Since the end of the 19th century, between the first statistical atlases and data processing as symbolized by early IBM tabulating machines, information systems and computer algebra systems were only a hint at what was to come, i.e. the increase in societies having the need for massive volumes of data in order to govern space. But it was particularly in the 1960s with the cybernetics culture (its linguistic roots coming from Greek, meaning “helmsperson”) that brought together the beginning of the digital revolution with attempts at city modelling, nowadays recognized as systems controlled from an operations center.

These days, the avatar for the programmable city succeeds (or even superposes?) that of a City “2.0”, which was conceived as an open platform. This neo-avatar renews the imaginary of smooth and efficient control, and in reality, the age of the data-driven understanding of urban processes and their predictability seems well and truly under way. The number, the level of sophistication and the use of algorithms is going to grow, and urbanites are increasingly going to have to learn to live together with these non-human decision-making entities, that is, part-automated entities. This new science of urban data (like very big data and data mining), which businesses and elected representatives can’t get enough of, announces the comeback for the art of modelling and city systems. In fact, digital tech pulverizes the concept of flux and instead demonstrates happenings – or rather, billions of fragmented occurrences which reveal themselves to the city-dweller as “you are here”-like signals. We no longer want to draws maps and understand data streams: we’re looking to detect behaviors and simulate city systems so as to micromanage it.

Program the city – but what for?

In practice, for many people working in a city, these conceptual outbursts will have an impact professionally – and that’s something they’ll have to get their heads around. On one hand, this creates a need for a new types of infrastructure, like platforms responsible for making sense of and linking together such unrelated information. We’re also seeing an appetite for new types of jobs, such as those linked to coding (statistical and algorithmic programming), and also story-telling, where simulation and data-visualization entail more often than not the staging of a new urban narrative.

The first sector to be impacted is mobility. With the knowledge we now have today, it has enabled us to create urban mobility methods that are more complex and multi-modal, even on-demand. Just take the Boston startup Brigj, which offers a flexible bus service based on real-time passenger demand and by analyzing data such as those coming from social networks. However, in a more interdisciplinary manner, a new urban culture is gradually coming to light, as Pierre Houssais, head of foresight and public dialogue at the Métropole du Grand Lyon, explains. According to him, the programmable city is trying to find its feet and for now remains at the testing phase, and more often than not, in a disorderly order. Apart from technological advances, environmental issues are also driving innovation. Urban stakeholders are looking to equip themselves with digital tools in order to optimize resources which have now become scarce, with information becoming a matching tool or a tool to allocate such resources. From modest yet tangible advances (in Lyon, smart temperature sensors on the roads allow to optimize gritting, sensors inside glass recycling bins to optimize collection frequency, etc.), to more radical revolution (smart grids, energy optimization and consumption monitoring in buildings) and real life data-driven public policy making (for example, recycling and even security), the programmable city is surely, yet timidly, coming to light.

Bias, partial data, governance: can a city really be programmed?

Can we really imagine being able to control cities? “Let’s curb our enthusiasm!” bursts Antoine Picon, restrainedly. More often than not, technological solutions only shift the problem, and logical data models have a tendency to simplify, even twist, reality, leading us more often than not to options bases solely on data and correlations, and without giving a global overview of the issues. But above all, a city isn’t a fixed reality: managing this ever-changing spatial, social and cultural construction proves to be idealistic. What’s more, sensors, algorithms and predictive modeling are not neutral, they are social constructions which correspond to the aims of their creators. On top of that, the end-user’s application is unpredictable, breaking the idea of a perfectly “governable” city. In concrete terms, the implementation of a project to manage energy positive buildings in Lyon is crossing swords with the major difficulty in getting users to change their behavior. Last but not least, the bad and negative effects are multiplying: a platform that promises to make getting around easier risks generating more traffic, while an app that optimizes car parking in turn simply encourages the rise in the number of cars that want to park!

For Célia Zolynski, professor in private law at the University of Versailles Saint-Quentin, the idiosyncrasies of algorithmic governance of a city are not fully known. In particularly, it leads to the risk of isolating communities (populations excluded for not being “efficient” enough) or individuals (the risk of aggravating certain social interactions). “We need to return to the vision of a city being a place where people live and not something that is simply “datafied” and where our digital doubles are governed,” adds Célia Zolynski. As member of the foresight committee of CNIL, the French regulatory body for data privacy and informatics (Editor’s note: see the foresight study “La plateforme d’une ville”), she recalls that, in France, there is a consideration towards ensuring algorithms systems that make public and, a fortiori, urban policies are transparent.

This bring us back to the idea that the dream algorithmic city remains a highly political question. And seeing as though it often reduces the city to a market of behaviors that a platform will simply rearrange, its governance remains a key issue. In a context where AI is widespread and where private stakeholders possess masses of pertinent information on the running of “their” territories, while many elected representatives dream of “playing Sim City” and automated city management, they must also realize that the exercise of power no longer falls under traditional politics…. Urban design projects looking to be crowdfunded and created by residents themselves, without the need for third parties, are not an unimaginable future. Perhaps we mustn’t forget that urban space is also a physical space where the unexpected can happen: so let’s consider a city’s programmability, but also its un-programmability too!