Today, half of the human population is concentrated in cities. By 2050, cities will be home to two thirds of the population. While they currently only cover 2% of the world’s surface, cities consume 75% of natural sources exploited by man. Industry and the construction industry contribute to up to 19% of greenhouse gas production in the world, and the housing sector up to 6%. When it comes to this century’s demographic, socio-economic and ecological challenges, cities are leading the way: 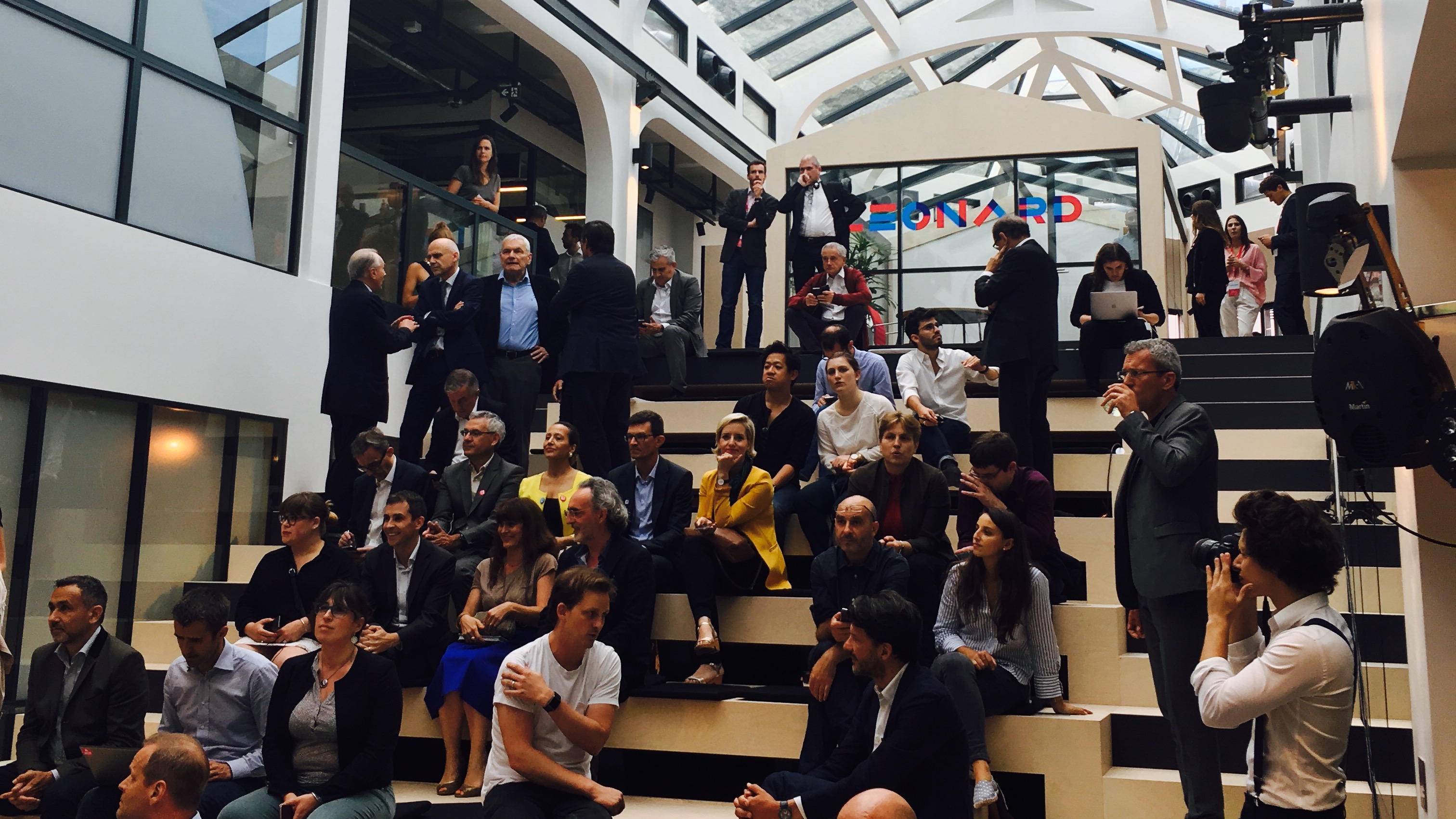 If Paris is now committed towards making school playgrounds greener, it’s not simply because it’s proven that having contact with nature is beneficial to a child’s development. Sébastien Maire, Chief Resilience Officer at the Ville de Paris, reminds us that it’s also about preparing cities now for being capable to remain livable during future heat waves that are getting more and more intense and frequent, and to limit the risks of flooding. Integrating greenery into a city is one of the possible actions for reducing urban heat islands. And how about redeveloping waterways and parks to help absorb heavy rain that is a reaction to climate change. These respond to the same challenge: to equip city dwellers with the means to combat a climate that is defying infrastructures and housing. To take the idea even further, discover the comparative perspectives of Sébastien Maire, VINCI intrapreneur Karim Selouane and Chloë Voisin-Bormuth, head of studies and research at La Fabrique de la Cité and author of an engaging new series on resilience in the city.

To anticipate the future in 2100 – the one of climatologists from the IPCC – urban planners, architects and engineers have understood that cities should be preparing themselves now for climate change. But to ensure this change doesn’t reach such catastrophic proportions, cities must also take part in reducing greenhouse gas emissions starting from today. This goal comes under one of the lines of thought presented by the VINCI-ParisTech Chair of Eco-Design, who is a resident at Leonard:Paris. In closer detail, architects and engineers are today inventing technological solutions capable of making a building energy-autonomous, even capable of providing power to the national electricity grid.

We’re currently observing the sixth mass extinction of species, an observation which a team of biologists first put forward ten years’ ago in a major study drawing up a tally of living species, and the innumerable extinctions due to man’s mark on the planet. Today, scientists continue to raise the alarm on the decrease of certain fish, insect and bird species. This is due to the expansion of human activity on natural space, which cities – who are the main offenders – could reduce if they were to renew their link with nature. Particularly since city dwellers are expressing a growing need to give nature a larger space in the urban setting, to the point that biodiversity can be considered as a component of the urban infrastructure in its own right: parks, green rooftops, wildlife corridors and gardens are all making a huge comeback in urban planning, taking center stage in some of the biggest skyscraper plans. Architect Vincent Callebaut, biologist Gilles Boeuf and Paola Mugnier from Urbalia opened up their toolbox for urban biodiversity.

Cities have a certain pulling power, with promises of meeting new people, all the social and professional opportunities, plus a wealth of opportunities and services… Still, is it necessary to be able to access to these opportunities (at least physically) and know how to find one’s way in the complex social architecture that is the city. Sure, the city’s future is looking multi-modal, and it’s widely accepted that autonomous vehicles will hold an important place in them. But when, and under what conditions? The debate is already underway, as seen by the fruitful exchanges between planners, public representatives, researchers and organizations at Leonard:Paris. As for the fact that everyone can find their place in the urban sphere, that depends not only on the way in which the city is built – by rethinking housing and inventing new economic models, but also by the desire of city planners to ensure that the largest amount of people can benefit from the effects of their projects. On these two fronts, the city is opening up.

Simpler, more resilient, more inclusive, greener… Cities of the future will not drain resources less and produce less waste. However, it is possible to limit waste and increase resources available in one single action. This is the logic behind circular economy. This approach, which aims to reuse and recycle materials and objects, transforming them into something new, is being increasingly applied by the construction industry. There is a rise in initiatives to limit waste from construction sites and to transform them into reusable products wherever possible. The approach is advantageous for the urban future, especially when we discover that the construction sector is the second biggest consumer of plastics after packaging industry.