In cities (as well as on construction sites), all types of sounds quickly become noise pollution, and the sensors that detect them are becoming more and more sophisticated. However, new uses for this type of “noise management” are popping up: recording and analyzing urban sounds can also lead to an automated solution for managing traffic. 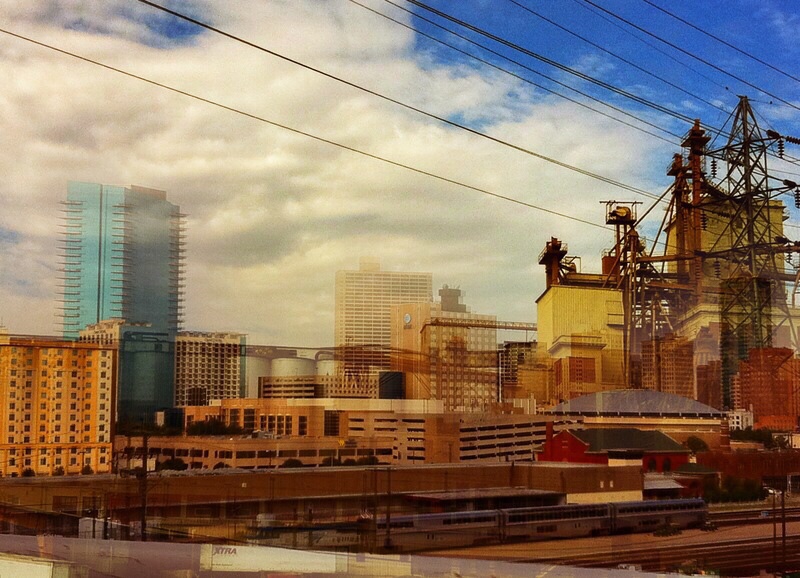 The intelligent city can be seen, touched, tasted and even smelled. To such a point that one almost forgets that it can also be heard. As long as they have existed, sounds have been at the heart of big cities: Baudelaire sketched Paris as a city made up of sounds that were more or less cacophonic. And residents’ daily exposure to urban noises progressively became the subject of public policy-making. This has been the case in France since 2005, when urban transportation infrastructure and big cities found themselves forced to equip themselves with strategic noise cards. These cards are already the focus of substantial data collection and sophisticated expert analyses of the geographic, cartographic and acoustic surroundings.

In the era of “noise management”

Cities, however, cannot be reduced to silence: noise is inherent to urban spaces. Silence can even be dangerous, as research in the sound design of quiet electric vehicles has proven. Urban noise is in fact often seen a necessary evil. Still, looking towards the sustainable cities of the future and beyond regulatory constraints, cities have been equipping themselves for a number of years with different means for managing noise. New digital tools for collecting, storing and analyzing data have recently changed the game. Sound sensor networks are everywhere. They provide the means for establishing typical daily or weekly soundscapes that can act as a basis for targeted public policies, but also to establish real-time platforms for informing and engaging citizens – or airport goers, as is the case in Hambourg.

Massive data management is no longer the only available option. Spanish researchers recently developed a methodology that allows to detect, sort, analyze and automatically report (with the help of machine learning) complaints made by residents on social media, therefore giving cities the capacity to prevent particularly annoying “sound events” before they happen. Sometimes initiatives appear along with big top-down tech platforms that are capable of measuring and exploiting less but more “useful” data – a new argument to resurrect the opposition between thick and big data. In Barcelona, the residents’ platform “Noise data in Plaça del Sol” and its 25 sensors placed on residents’ balconies is actually more efficient than the city’s high tech system.

Sound as a resource for other optimizations

Things are also moving quickly from a technical and industrial perspective: the demand from cities seems set to explode over the next few years. Among the early birds Wavely presented its sound sensors at CES 2018, with algorithms that provide an alert for system malfunctions on offshore and industrial sites. These tools use sound as a raw material for several applications. They anticipate outages and provide a few more noise management services: from a sound surveillance of construction sites (a network of sensors and an alarm system) to a predictive sound map in urban settings (taking different sources into account – and not just air and road traffic, or noises from industrial zones). At the same time, historical players such as the hardware specialist Semtech, are looking towards algorithms to better classify sounds while working to reduce the cost of sensors (choosing to use radio frequencies instead of Wifi, and batteries).

And so networks of acoustic sensors are becoming more and more sophisticated. For example, The Sounds of New York City Project offers a flexible network that is scalable and less expensive. In effect, sound is becoming a raw material for optimizing other data. By transforming the fiber cable networks of big cities into Distributive Acoustic Sensors (DAS), a real-time monitoring network watches the flow of road traffic and public transportation: speed, traffic density, identifying congested areas and broken down vehicles. Sound is now in direct competition with automated traffic control. Most of all, it can do it at a lower cost while getting more bang for the buck out of costly fiber networks.