While the excitement around autonomous vehicles seems to have died down in recent months, the technology continues to offer a glimpse at possible radical changes to come - be it in urban planning, the daily commute or even reconnecting communities through transport.

In 2015, the OECD carried out a study on self-driving cars, looking at what would happen following a large-scale uptake of a shared and self-driving fleet of vehicles in a medium-sized European city. The results are surprising. Combined with high-capacity public transport systems (such as the RER in Paris), 90% of existing vehicles could be removed. Yes, you read that correctly. Nine out of 10 vehicles.

Vast amount of public space would be freed for other uses, traffic congestion would disappear and pollution levels would drop dramatically… Is this enough to see this technology be promoted to the rank of best friend for tomorrow’s cities? However, there is one underlying problem: nobody knows the road to achieve this theoretical horizon – or even if it can be attained.

As head of innovation at one of the biggest public transport networks, Côme Berbain brings us back down to earth: “This ideal world, where we can get rid of everything at the stroke of a pen, is fiction. And even if we did manage to do it, what about delivery lorries, ambulances and bikes? The question of self-driving vehicles co-existing with other users always arises.”

Autonomous technology can come in many shapes and sizes, from flying taxis, to shipping container management at a port, via robot vacuum cleaners. According to the head of innovation at RATP: “Autonomous technology is made up of a set of sensors, a decision-making process and action mechanisms… It’s not the vehicle itself, but the service its designed to render.”

For André Broto, self-driving cars can, most importantly, take on solo driving (single-occupancy vehicle, whose only occupant is the driver) when shared, by offering transport alternatives in areas where there is a lack of public transport. “There is so much empty space on a highway lane, even in rush hour. By directing research towards shuttle services and not private, individual-use vehicles, we can come up with self-driving shuttle services which carry eight to 10 people and offer pretty much a door-to-door service. They will take highways and ring roads, connecting remote areas in major cities to workplaces.” 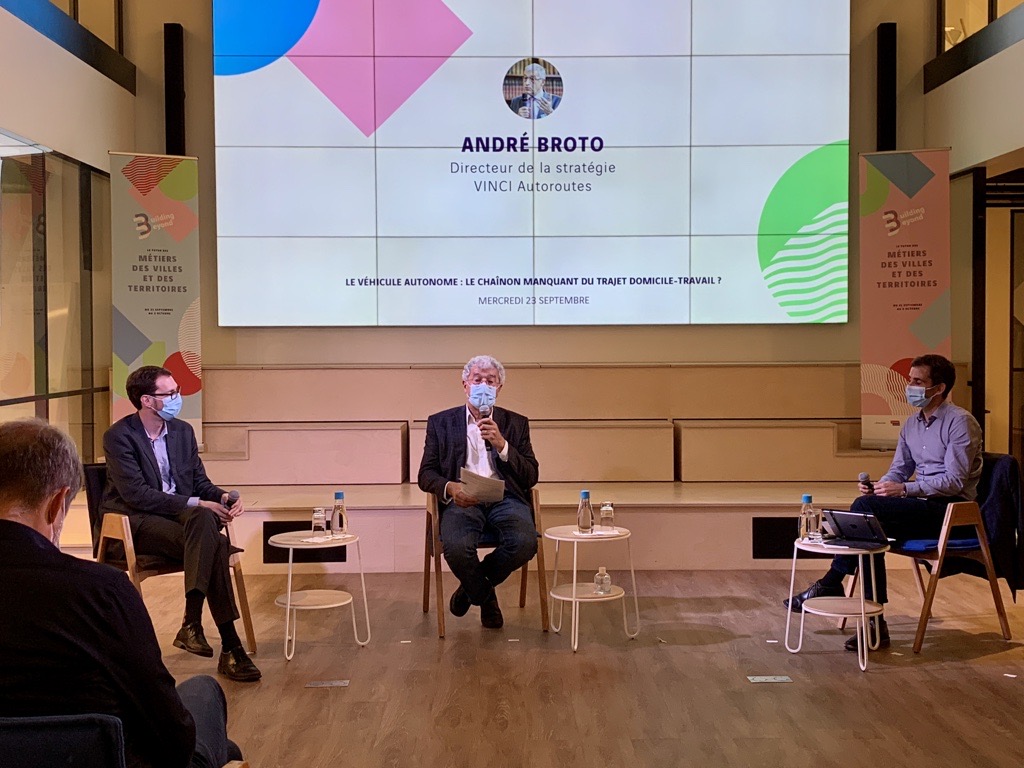 The vehicle can be designed as a response to social issues, adds Laurence Ullmann. For example, a shuttle is much more inclusive than a vehicle like a Tesla, which is incredibly expensive. It could provide transport for senior citizens or even young people without a driving license in remote rural areas.

“People with reduced mobility have very high hopes for self-driving vehicles. It could solve many of their problems, such as the reliability of service updates, the certainty that there is room for them on-board and even reduce stigma.”

What needs to be done in order to scale up? For Côme Berbain, “Of course, the whole point of the testing phase is to solve any technical issues, but also to test different uses, to know which ones will be more popular and can find an economic model.” He also adds that for now, niche markets are developing: “Private companies are contacting us to create autonomous transport services for their employees. Testing is now coming to an end.” 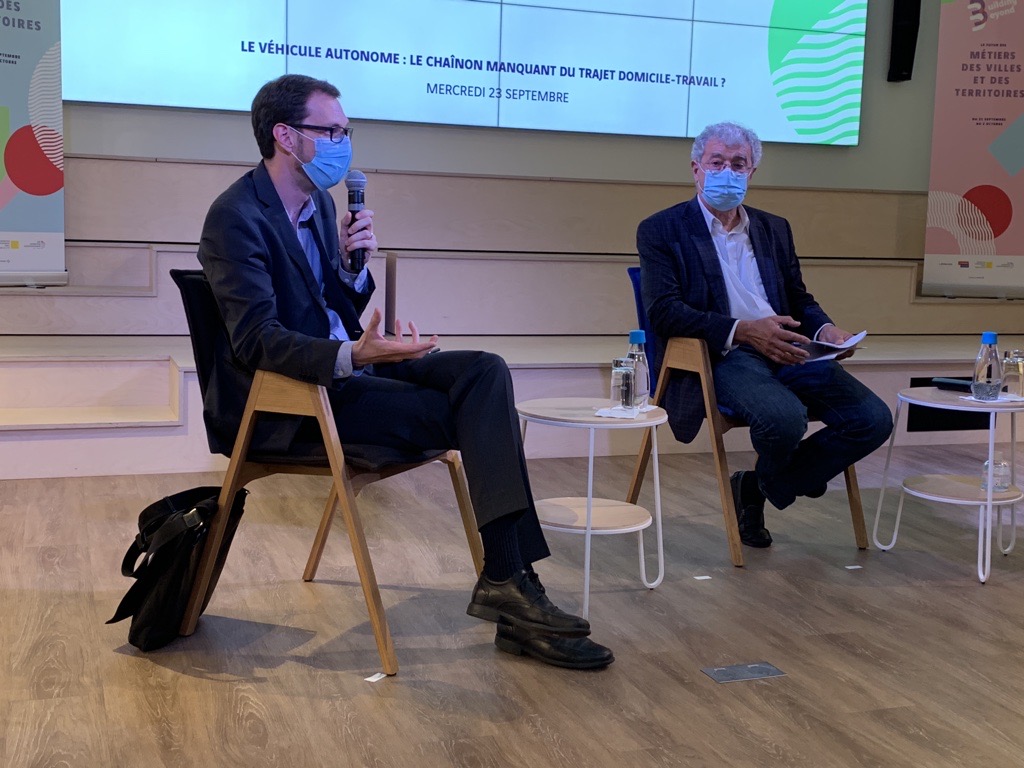 As for road infrastructure, André Broto suggests gradually rolling out autonomous technology across special lanes which can already be built now. “We’re already starting to add special bus lanes, and gradually we’ll add the technology.” As technology advances, we’ll soon be able to increase vehicle speed limit and thus the flow of traffic in these lanes,without having to modify the infrastructure. “If enough vehicles are equipped with anti-collision sensors and the reaction time is lowered from two seconds to one, the capacity will double.”

Taking inspiration from the New Deal project proposed by David Mangin, autonomous vehicles encourage a shift from a centrifugal development model (going outwards from the centre) towards a centripetal model (going in towards the centre). Or rather, we must “start by dealing with the problem facing those living on the outskirts who are prisoners to their cars and offer them an alternative.”

From an expensive, private-use model to an inclusive, collective shuttle, via a myriad of specialised robots, the future of self-driving cars is promising but the outline still remains a little blurry. Designers of self-driving cars must not get lost in the world of possibilities and ensure they do not lose sight of their target service and user. Adapting road infrastructure to meet this shifting, innovative object must be the focus of attention.