For the second Building Beyond Festival, Leonard, La Fabrique de la Cité and the Fondation VINCI pour la Cité brought together 70 city makers, researchers, architects, engineers and artists for two weeks to consider the appropriate size of cities and imagine the future of regions and infrastructure. 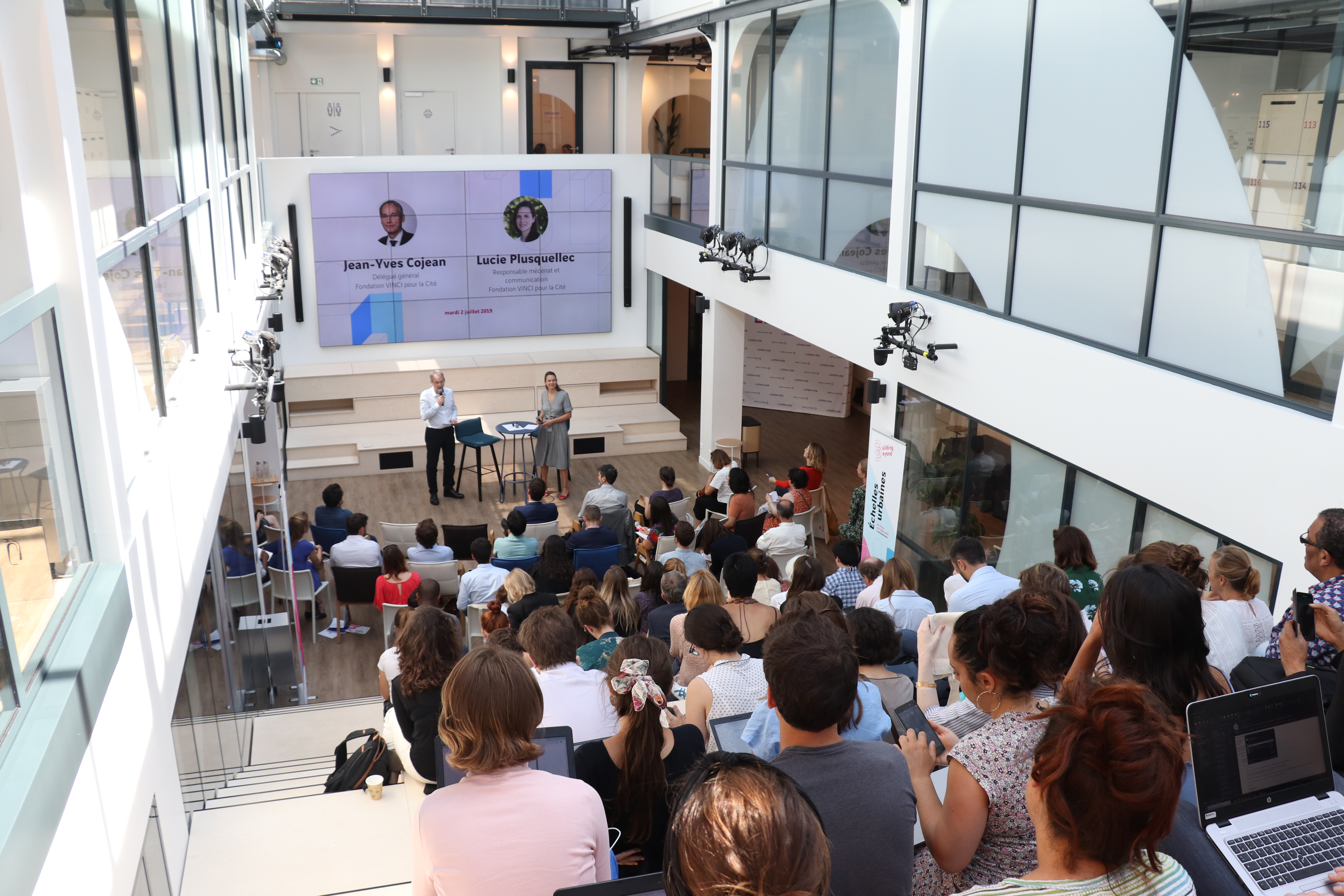 The social and solidarity economy (SSE) represents 10% of total GDP in France and 12.7% of private sector employment, with activity shaping the regions at every level. How are these initiatives transforming the regions? What is the role of the traditional stakeholders? Project leaders in partnership with the Fondation VINCI pour la Cité give their view.

The Fondation VINCI pour la Cité, set up in 2002, has dual aims: social and professional inclusion for individuals, and employee commitment to these issues. Its activities are based on four themes: access to employment, access to housing, social mobility and the integration of marginalised communities. Its work therefore has a direct impact on cohesion in the regions and their capacity for inclusivity.

Regional benefits of the SSE

The fund is also supported by VINCI Insertion Emploi, represented by Arnaud Habert. This VINCI subsidiary, formed in 2011, is responsible for including access to employment clauses in contracts. It has already supported 2,617 people in regaining employment.

The SSE is also integral to the Paris 2024 Olympic Games, which will be “the first inclusive and supportive Olympic Games,” says Christophe Divi, director of the 2024 SSE platform. To transform the promises into action, the platform unites all stakeholders involved in the project, including for the social reuse of infrastructure. 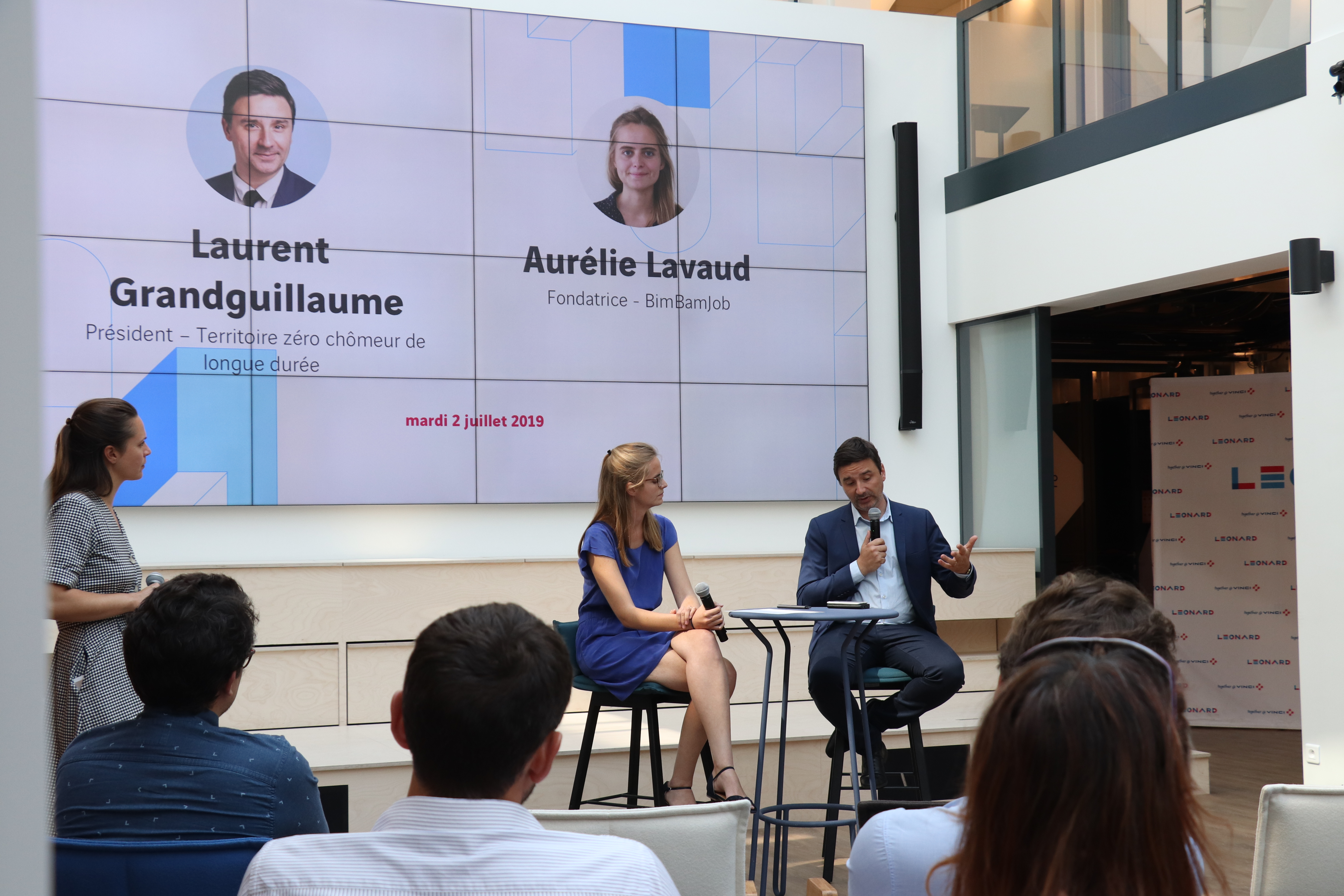 SSE: an important tool for helping people back into work

“Nobody in unemployable,” says Laurent Grandguillaume, director de Territoire zéro chômeur de longue durée. This is especially important given that long-term unemployment is so costly – almost €40 billion per year, or €18,000 per unemployed person.

This sentiment gave rise to the Territoire zéro chômeur de longue durée (zero long-term unemployment) project, which is currently being trialled in several French towns. The method is simple: create local committees of SSE stakeholders, public bodies and unemployed people to identify needs and create a new initiative to complement what is already happening in the region. These projects have enabled 850 people, who had been unemployed for an average of 53 months, to find work in areas as varied as ecological transition, the circular economy and food security. These sometimes even prove to be the first employers in the regions involved in the projects.

Scaling up: a constant concern for SSE stakeholders

For Sophie Molina, project lead at Avise, SSE companies are fearful of scaling up. It’s a legitimate concern – is growing larger compatible with the concept of the SSE, which often requires local action and a local presence on the ground? But there are very successful large SSE companies, and according to Sophie, “only by increasing the scale can we maximise its impact.”

Sébastien Lailheuge from Article 1 shares this position. This association, created in a merger of two associations, both specialising in supporting young people and both working with the same partners, that chose to share their assets and expertise rather than openly compete. By opting to merge, the increase in scale enabled them to progress from supporting 6,000 young people to more than 90,000. All in all, a good decision!