How soon will self-driving vehicles make their way onto our streets? From a profound reconfiguration of our urban areas, to regulatory challenges and financing: what challenges will city planners and policymakers face as they seek to deliver the full promise of driverless vehicles? Tim Papandreou, a connected and autonomous mobility specialist formerly with Waymo, debunked certain myths and underlined the main challenges self-driving cars will bring to cities during his talk at Leonard:Paris on October 2. 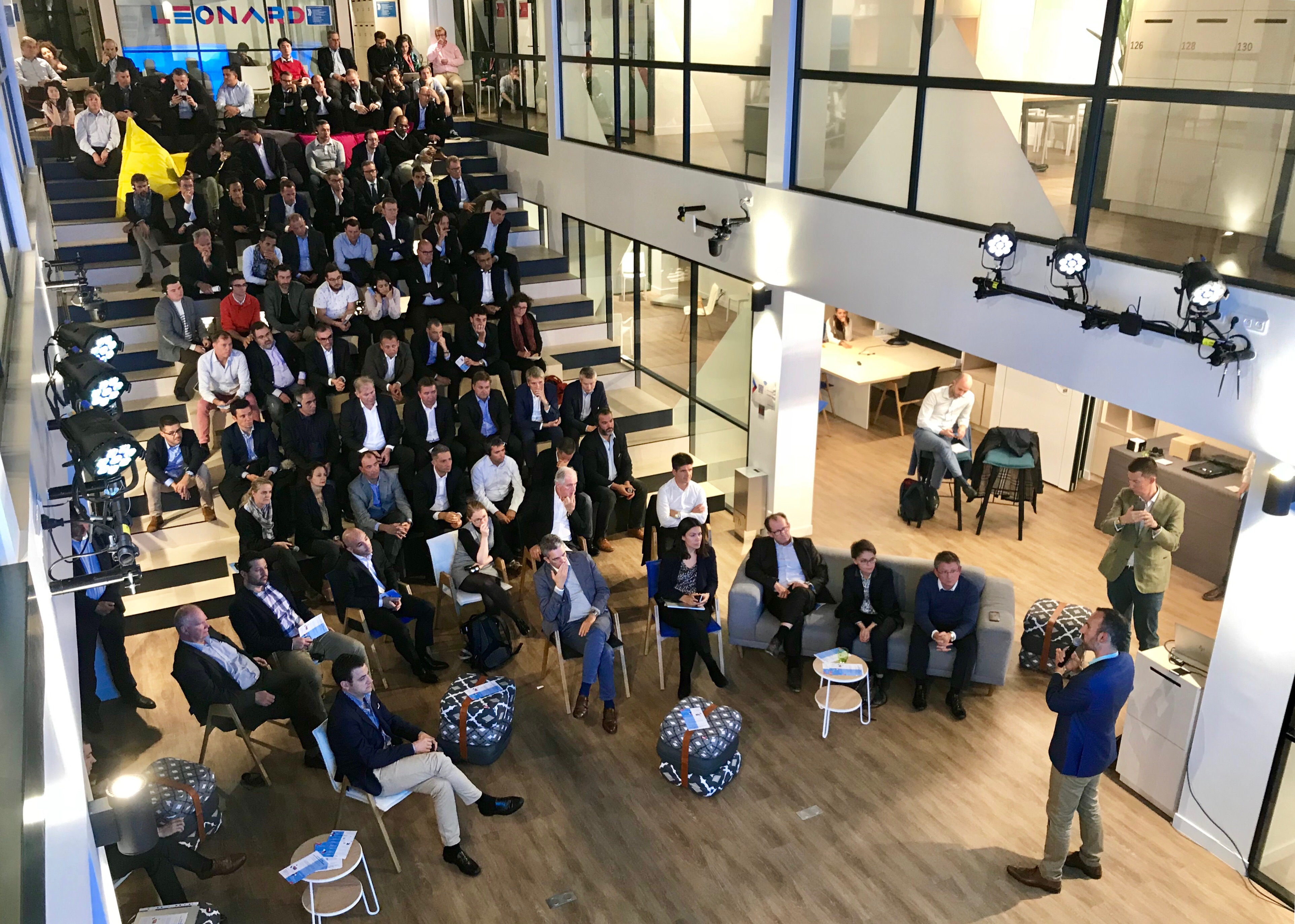 Smiling confidently before an international audience of professionals representing the diverse range of businesses at VINCI, this seasoned public speaker is well versed in topics pertaining to self-driving mobility. Founder of Emerging Transport Advisors, a consulting firm specializing in new trends in transport, he was also one of the spearheads behind the launch of Waymo, the world’s first self-driving transportation service designed by Google, after having transformed San Francisco into a laboratory for urban mobility as Chief Innovation Officer. Needless to say, he is the perfect speaker to shed light on some of the many questions raised by the entry of self-driving vehicles into cities. This is familiar territory for Leonard, which has led a prospective group focused on self-driving vehicles and infrastructure since summer 2017. The group recently prepared an “Emerging Trend” to present an overview of its exploration:

Tim Papandreou began by pointing out some of the most prominent myths surrounding self-driving cars, while putting the concerns raised by these new technologies into perspective. In his view, today’s public transit passengers with eyes glued to their smartphones are not so different from the newspaper-reading riders of the last century. Technology does not isolate us; on the contrary, it even has the power to free up our busied days.

Self-driving cars, or the promise of new-found free time

One of the biggest arguments in favor of self-driving vehicles is its ability to save us time and restore a measure of freedom. On this point, Tim Papandreou notably referenced the original promise of cars to show how the reality failed to measure up: far from delivering greater personal freedom, cars generated even more problems (pollution, parking, costs, etc.) and have struggled to win over new generations. A rise in the number of trips and traffic problems have also increased time spent in cars: each driver now spends the equivalent of 10 days a year in their car.

Self-driving vehicles offer a chance to reclaim some of this wasted time by using it to focus on activities other than driving: talking with friends and family or catching up on shows, podcasts or sleep will become safe options while en route to your next destination. But riders can only gain this total freedom with Level 5 autonomous cars, meaning the highest level of autonomy, characterized by fully autonomous driving with no input from a driver in any circumstance. 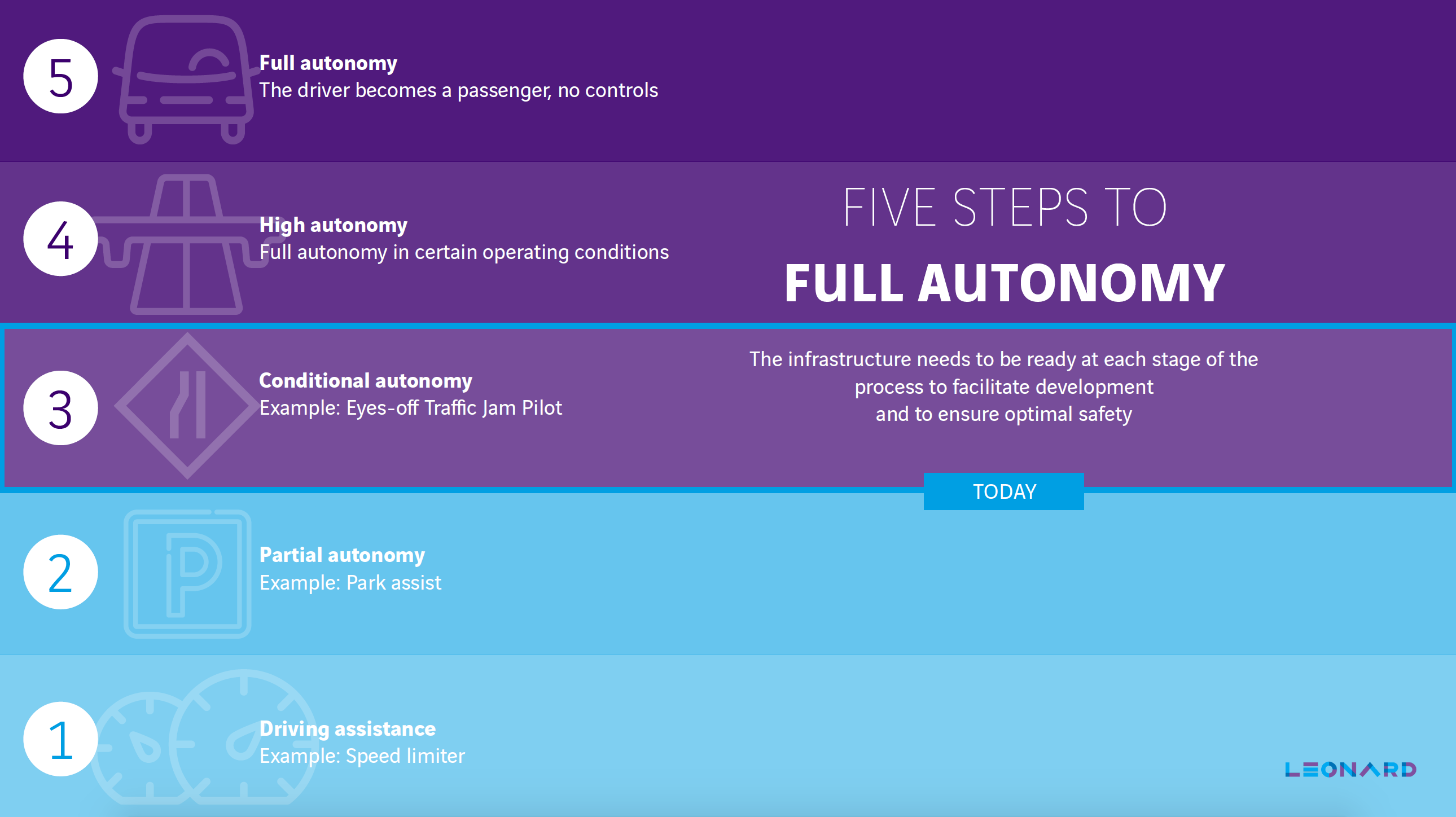 While this level of autonomy is still a long way from becoming a reality, the technical advances made by automakers and digital titans bring us closer to reaching this goal every day. In 18 months, Waymo pulled off the tour de force of building a fully autonomous car tested on the near-perfect street grids of suburban Phoenix, even demonstrating a higher level of safety than human drivers, according to Alphabet. However, these promising first steps cannot overshadow the numerous obstacles that continue to bar self-driving cars from our streets.

“Never yell, never drunk”: a “friendly” car that will reshape our cities

These cars with optimized driving behavior, “designed to be friendly” in the words of Tim Papandreou, will not just baffle other drivers, they will also profoundly transform their environment.

Vehicles that are always on the move will render on-street parking obsolete, thus creating roads that are safer, denser and more pleasant for pedestrians. Self-driving cars will also help to simplify mobility and improve intermodal transport throughout regions, by facilitating travel for people with limited mobility and connecting residential areas to existing transit hubs. Parking lots and structures will also change their function, freeing up increasingly rare and valuable real estate within downtown areas.

But these exciting futures also raise technical and regulatory questions: what role will infrastructure play in rolling out self-driving vehicles? How will local authorities regulate road traffic with these new vehicles to ensure everyone’s safety? Tim Papandreou answered our questions in the following video: