As the demand worldwide increases, the tunnelling world is innovating in a quest for security, speed and performance.

In 1900, Paris’ first metro line opened, going from Vincennes to Porte Maillot. Last year, novelist Nicolas d’Estienne d’Orves described the year 1899 as “one of the noisiest in Paris’ history” not only because of construction works linked to the Exposition Universelle, but also because of works on the impending metro. One hundred and twenty years later, 21 tunnel boring machines are currently tunnelling towards the French capital’s underground network as part of the Grand Paris project. Fortunately for locals, a century of innovation has considerably transformed drilling techniques and tools, which have become much more discreet. And what better time for Leonard to take a look at the cutting-edge technology which has replaced spades and pickaxes in the race to build tunnels.

“The main and most complex problem is connecting the surface with the underground. We know how to dig tunnels in all types of geological landscapes, but that cohesion with the surface remains a challenge,” says Michel Hasenohr, head of the Tunnel Factory at VINCI Construction. Tunnels throw up the question of how to integrate them into a dense city even before looking at the drilling challenges. Each new project goes into battle with surface networks (such as EDF), existing metro lines or even historic excavations, such as Paris’ quarries and catacombs.

On the drilling side of things, tunnel boring machines remain the technology of choice. Widespread in the 80s, they can measure up to 19m in diameter and 100m long. While their operation remains pretty much the same, a whole range of innovations have been built in over the years as they’ve developed. “We’re working on automation, robotics, artificial intelligence and data analysis techniques to enable faster, more consistent, safer and eco-friendly drilling,” sums up Marc Hasenohr.

Automation and data are driving innovation, and are amongst the avenues most explored. In Malaysia, a self-driving system that can adapt in real time to different geological conditions won an award at the New Civil Engineer Tunnelling Festival. In Austria, a system of self-driving trains is used to supply tunnel boring machines in operation. Big Data and AI can be found all over, allowing partners to refine their decision-making processes. Development covers all areas, from accident prevention to monitoring key indicators and automated control of energy consumption. As for security, radio frequency identification systems (RFID) are used to locate operators or detect collisions. Meanwhile, laser inspection systems are automating some of the most dangerous operations….

With long cycles, colossal investments and the absence of economies of scale, the tunneling world seems to be the site of slow and permanent, incremental innovation. That said, powerful players are looking to reshuffle the cards. On one hand, ElonMusk’s The Boring Company is targeting a 10-fold increase in drilling speeds. In February 2020, the Californian company revealed development was underway on its Prufrock tunnel boring machine. Although it’s difficult to judge the machine’s performance, this newcomer is now acting as a catalyst for innovation for the entire industry of major tunnel constructors. On the other hand, Chinese tunnel boring companies are shaking up the place of traditional players by getting in on the action on the European market. “We must not allow ourselves to be overtaken by competitors whose market is larger. VINCI Construction responds to the need for innovation with its Tunnel Factory initiative,” concludes Marc Hasenohr.

Last fall, the e-béton platform, specialized in the recommendation, management, and traceability of concrete, created by graduates of the 4th intrapreneur co...

AI Clearing, on the field with Spiecapag! #CATALYST

AI Clearing is an innovative company that develops artificial intelligence technology to simplify the monitoring of linear construction sites. The AI Clearin... 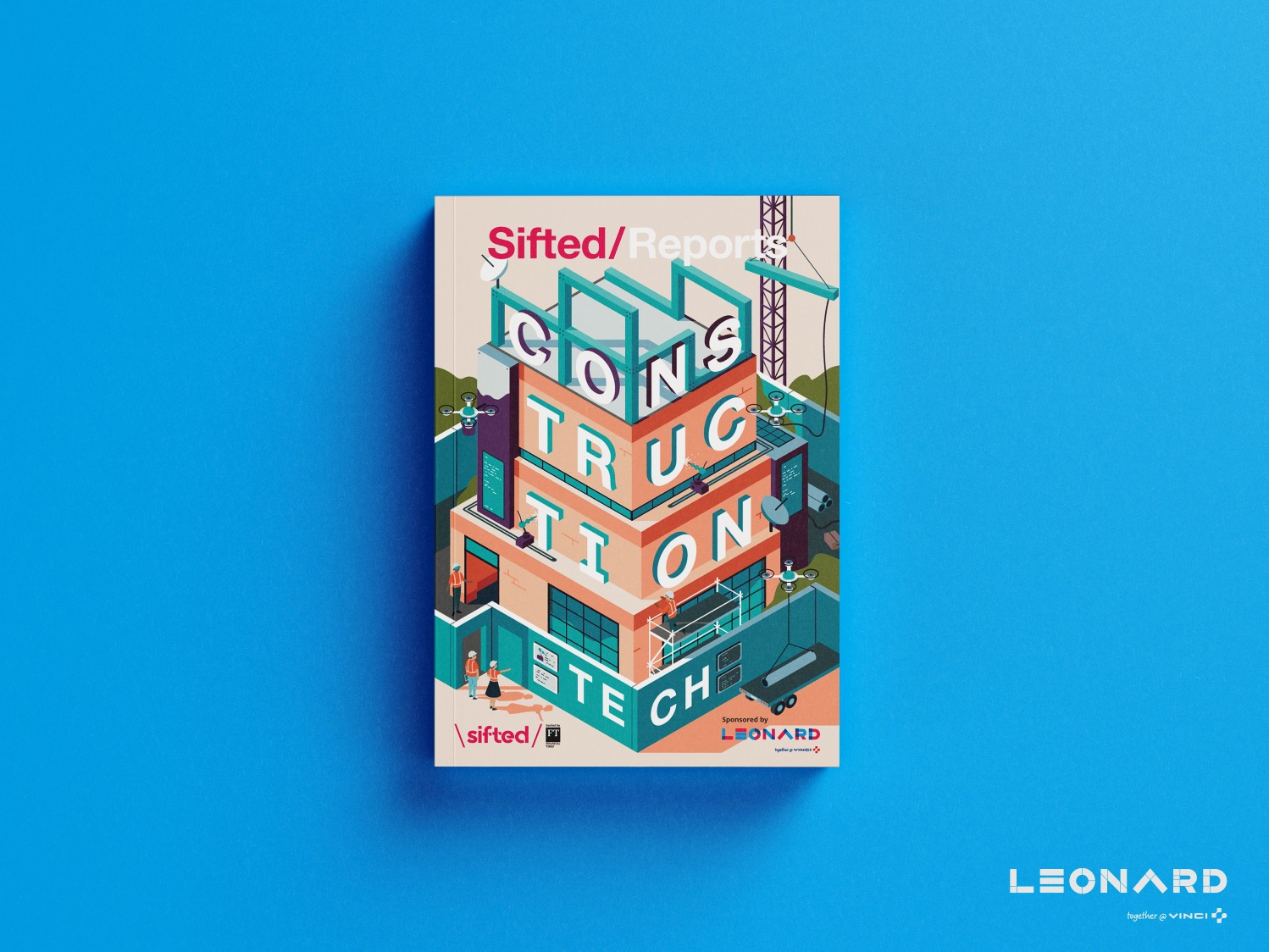 Leonard and Sifted publish exclusive report on Contech in Europe

According to an exclusive study conducted by Sifted with Leonard, Contech, in order to prevail, will have to involve increased collaboration between start-up...