Tomorrow’s cities see themselves appearing in hostile environments, where extreme conditions bring about new solutions. We take a look at various projects and applications with a former astronaut, an arctic architect and two engineers making the impossible possible. 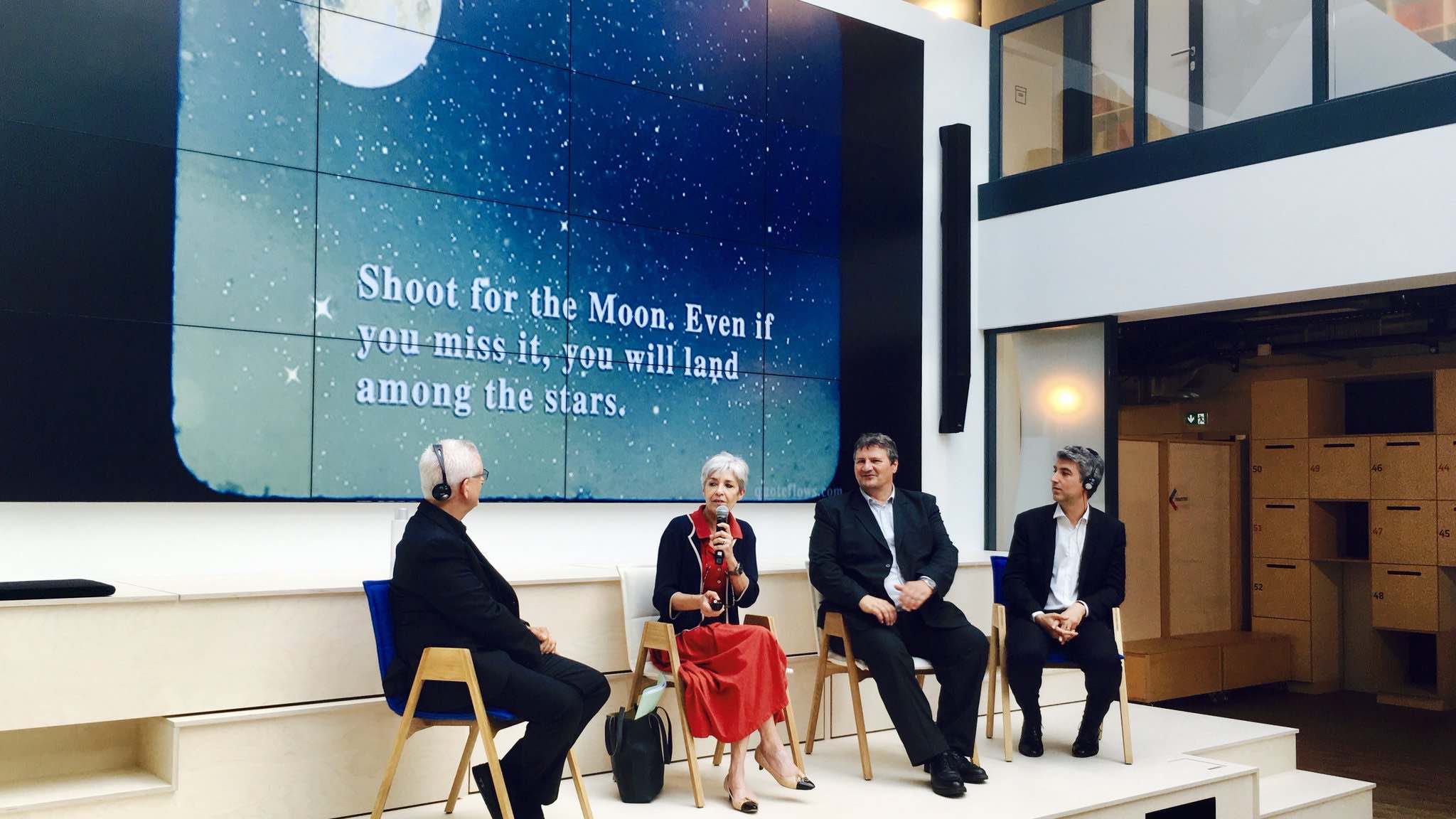 “Earth is the cradle of humanity, but one cannot remain the cradle forever”. The famous quote from Russian rocket scientist Konstantin Tsiolkovsky, who died in 1935 and was considered as the father of modern astronautics, has never rung so true. The former astronaut Claudie Haigneré worked for the European Space Agency for several years on the Moon Village project, meanwhile NASA has set its sights on sending a human mission to Mars in 20 years’ time. Mankind is looking increasingly towards space. Here on Earth, man is using a combination of sheer imagination and innovation to invest in the most extreme environments, from the Antarctic, to the bottom of the oceans or even on hazardous sites such as the former nuclear power station in Chernobyl, that was partially destroyed in 1986.

Not only are technological achievements opening up the possibilities towards space colonization, but they’re also – and most importantly – doing the same for everyday life on Earth too. As part of Building Beyond festival, Leonard:Paris invited four specialists in extreme environments to come talk about their experiences, featuring: astronaut Claudie Haigneré; Laurent Boutillon, Director of Science at VINCI Construction Grand Projects; architect Gianluca Rendina; and professor of Space Engineering, Christopher Welch.

Urban ecosystems on the Moon

“I consider myself to be an explorer whose mission is to expand humanity beyond Earth.” The first French female astronaut, Claudie Haigneré, is in charge of making real the European Space Agency’s (ESA) Moon Village project, whose aim is to come up with a permanent, sustainable presence on the surface of the Moon. A tall order in an environment that’s directly exposed to solar radiation, has zero gravity, no air, water or food, and where the temperature fluctuates between -125°C and -175°C. The proposal could consist of a flexible, inflatable multi-purpose structure designed not only for humans, but for automated machines too. “The village will fill many functions,” explains Claudie Haigneré, “from mining for resources, creating moon products and also tourism. An artificial eco-system is necessary in order to optimize the resources in situ (solar panels, greenhouse cultivation) and ex situ (extract oxygen supply from water), and over time, the aim is to create a self-sufficient environment.”

Colonizing the Moon is only one small step in the space race. Christopher Welch, who is a professor at the International Space University, is working on a viable survival unit for different lunar and exoplanetary environments. Along with him teams, he has devised a modular space habitat called SHEE (Self-deployable Habitat for Extreme Environments). It’s a highly functional and completely airtight compartmentalized structure that combines several activities in the same shelter, such as a living quarters, a greenhouse, a laboratory and a medical station. “The interior components are foldable and inflatable, and its configuration features both living and workspace,” details Christopher Welch. 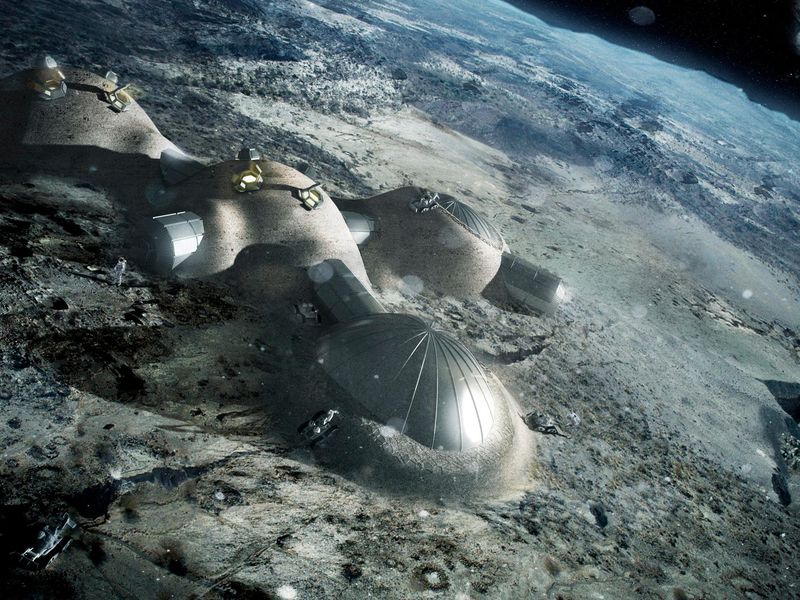 Units built on skis in the Antarctic

Back on Earth, Gianluca Rendina is an architect at the British practice Hugh Broughton. They achieved the feat of designing and installing a scientific outpost in the Antarctic, barely 900 miles from the South Pole, and with the capacity to house 50 people! It’s a particularly inhospitable environment, one that’s prone to extreme thermal variations (from 0°C in the summer sun, to -55°C at night in the winter), where the polar night lasts 105 days and with violent winds that can blow up to 150 km/h. And so, the practice came up with Halley VI, featuring eight units standing in a line and mounted on skis, built to resist gusts of wind and snowdrifts. The energy expenditure has been reduced to a minimum thanks to airtight structures that mix wood, steel and aluminum, and a generator system that can transform snow into drinking water.

It’s a revolutionary construction that’s bringing about advances in research in insulation materials (glass-reinforced polymers) but also… in the battle against depression and isolation. “The living quarters have been designed to limit the effects of isolation during the polar night,” elaborates Gianluca Rendina. “We varied the ceiling heights and corridor widths, adapted the lighting by using a range of colors and increased the number of windows looking out.” Designing a research station in the Antarctic can also have tangible effects on the daily lives of urbanites living in temperate climates. 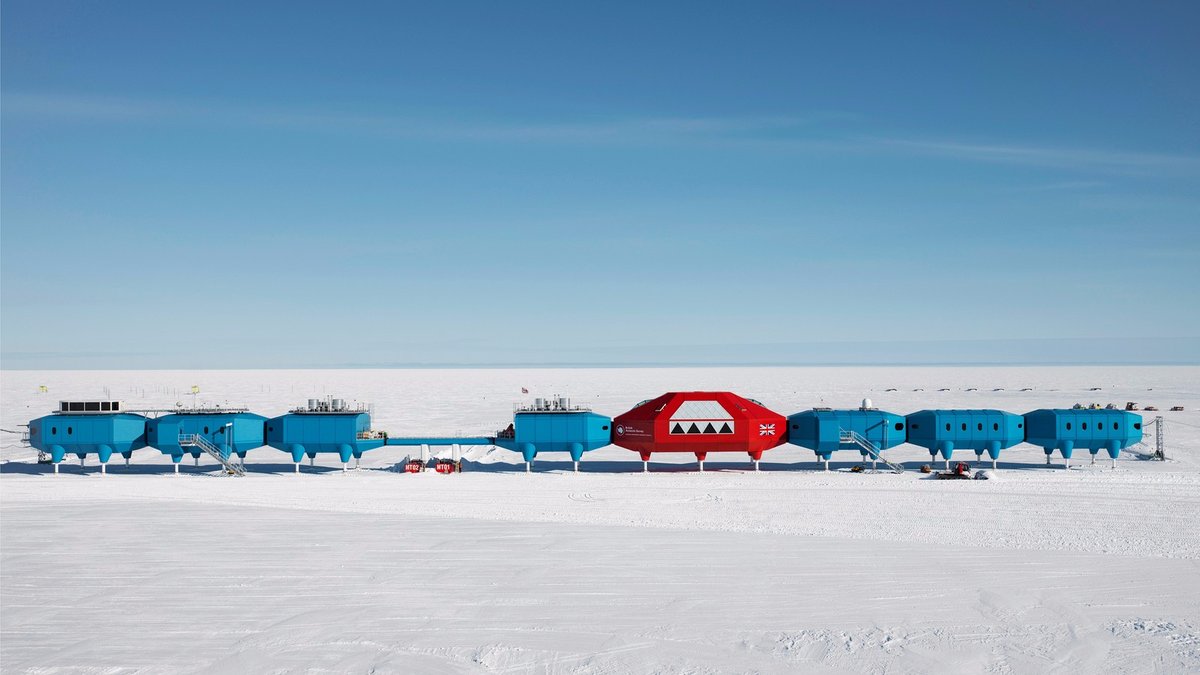 The two projects developed by the European Space Agency and the International Space University that are making extraterrestrial life possible, also offer interesting possibilities for improving our everyday life here on Earth. “The Moon Village is a visionary concept that’s inspiring for humanity,” maintains Claudie Haigneré. “For example, there is still lots to learn in order to optimize a circular economy in environments lacking primary resources, such as in Africa.” As for the SHEE project, its design has brought about technological advances which have already found tangible uses for life on Earth, such as aerogel, lithium-ion batteries, hybrid vehicles….

Such major innovative projects are always one small step for man, even when it’s not about living in hostile environments, but about protecting life from its hazardous nature. The confinement of the No.4 reactor unit at the nuclear power station in Chernobyl was the opportunity for the European community to push international cooperation to another level, all in the name of saving the planet. The huge arch-shaped structure spanning 257m wide and 108m tall was built 500m from the damaged reactor, before being transported to the reactor along a system of rails, lifting and sliding the construction by remote control. The result: after 5 million hours spent working on the site, construction workers received a maximum dose of radiation that was almost two times below the allowable exposure limits according to international safety standards. A worksite that was truly out of the ordinary and one financed by the international community, proving that, when we work together combining skills and imagination, anything is possible. 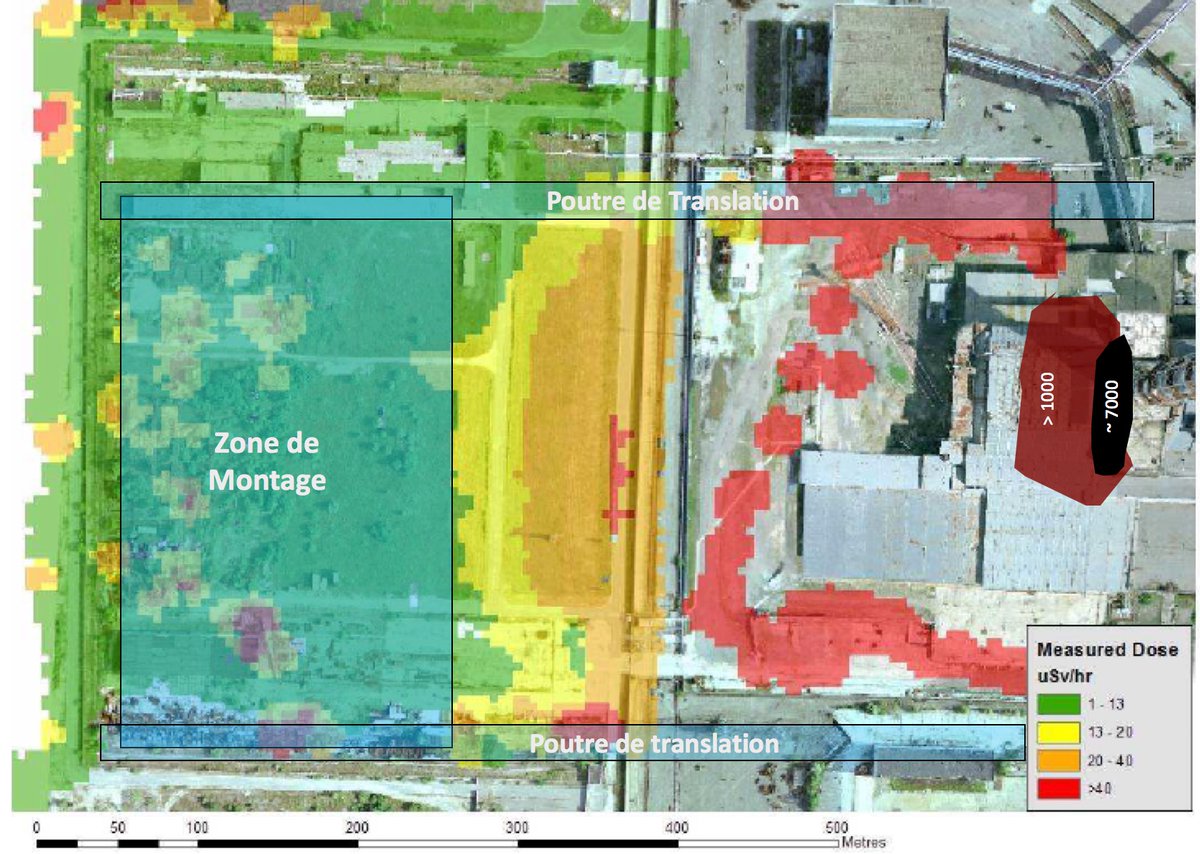