What’s hiding behind the catch-all term “construction tech”? Does it really exist? If you take a closer look, we soon get caught up in the meanderings of a wave of entrepreneurs who are reinventing the logic of value and even the image of sector that’s often considered as lagging behind in the digital transformation. A tsunami? Not yet…. But building is in progress! 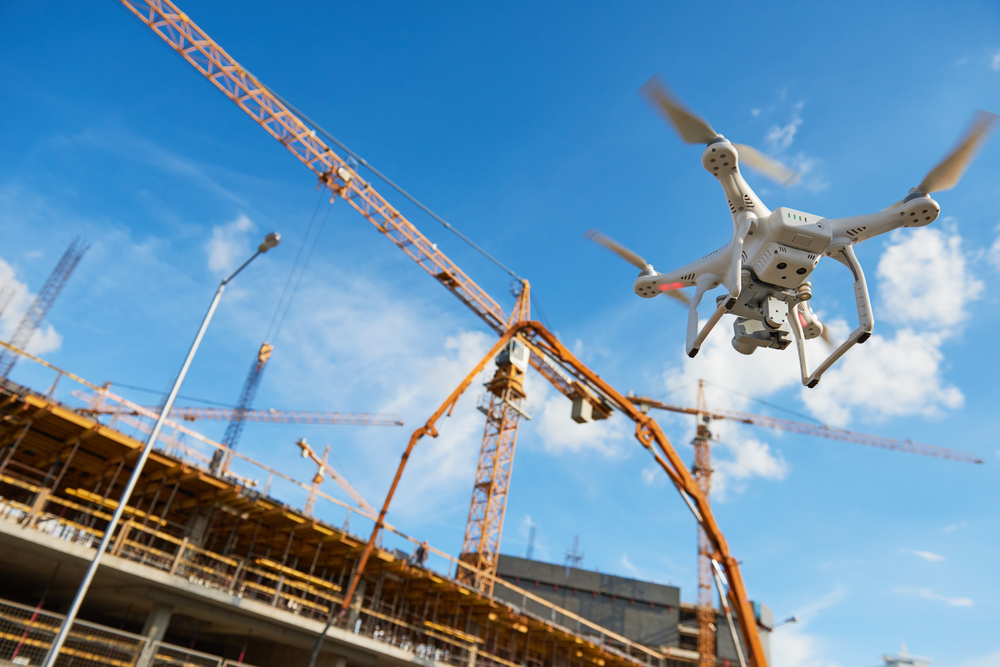 In the 2010s, while changes in digital technology were radically transforming many sectors and even entire sections of activity, the “infrastructure and urban development industry continued operating as it has for the past 50 years.” This statement dates back to 2016, and was made by the World Economic Forum in response to unanimous findings made by major consulting agencies.

An end to inertia

So how are things looking today? While some still dismiss the need to digitalize different processes in the sector to boost productivity, others (particularly in France) no longer see the construction industry as the poor relation of the digital transformation of industries, and have felt this way for several years already. Simply chat with any company manager in the industry and you’ll be convinced: talk of innovation is everywhere. From the design phase to production, new technology and their associated services interface, integrate, platformize, virtualize and robotize, interconnecting and creating new value creation logics and making them more efficient.

However, this digital dynamism is not just all talk (even though that’s also necessary!): when the industry started to recover, this set innovation off “at a blistering pace”, which was recently considered as an ambitious attempt to capture what ended up being called “construction tech”. The number of startups increased and, as a sign of a shake-up in the market, traditional investment funds finally took an interest in the construction industry. Their interest is still all very new: according to a recent study, nearly half of startups in France are less than three years old! According to same the study, the (very vast) majority launch B2B solutions and mostly work, in one way or another, with major groups in the industry, in search of business agility and renewal. So many signs of a structural shake-up…

Has the “unavoidable revolution” already taken place? Back in 2017, while McKinsey published a report considered as the founding act of what we shall call ConTech, the construction industry seemed to be driven by a new entrepreneurial energy in a wide variety of domains. While structural works and industrializing construction processes remain, in the opinion of analysts, among the least developed areas, the sector is experiencing innovation left, right and center. It’s taking the opportunity to reinvent its image, diversifying its range which was up until then oft-confined to an image of concrete gray or digger yellow.

To prove it, simply take a look at some of the promising startups or success stories. Katerra, the global gem cherished by SoftBank, promises to integrate all links in the building chain, from the (digitized) design to modular construction. The other main cornerstone of ConTech is software: the California-based Procore has platformized construction project management with an already ambitious yet more “comprehensive” tool, meanwhile PlanGrid was bought by Autodesk a few months ago, to much hubbub. Other less mature areas are already looking promising, such as the emergence of autonomous vehicles on construction sites (Built Robotics). The sector is encouraging new connections and the creation of new networks, and has its eye on new appealing horizons: greentech and the city of the future….

But the list doesn’t stop there, including in France where there’s been some noteworthy arrivals, double-digit growth announcements and unprecedented substantial funding – one after the other. Take the solutions provider BIM Wizzcad, who (like many others) symbolize the promise of increased productivity, as well as BulldozAIR, a project management solution for construction teams. 3D printer XtreeE is also getting in on the action with its infrastructure projects, meanwhile Kaliti is focused on construction site digitization and re-centering the sector around data. Tracktor is making progress as a heavyweight on a new market, that of construction machinery rental. In France, the movement even touches the fundamentals of innovation, such as e-commerce with Warmengo, but also markets of the future, like the circular economy with Hesus.

This overview wouldn’t be complete without mentioning the existence of an ecosystem around these start-ups, which are far from expanding each in their own corner. Apart from these gems that have shown the way and reassured some investors, there’s been an increase in investment funds and support-providing organizations over the past five years, such as CSTB’Lab, the public body accelerator in construction. Other non-specialized players are also interested in the construction industry: who would have thought that those behind LaFourchette or Doctolib would be interested in a slice of the construction industry pie? Financing construction industry players is also piquing the interest of public organizations (such as Bpifrance), entrepreneurial career opportunities are increasing in engineering schools and major groups are making some noise too with corporate ventures and dedicated support initiatives, such as the SEED program led by VINCI. It looks like construction industry entrepreneurs are no longer going it alone!

Foundations #4: Simplifying the call for tenders process and collaboration between construction companies 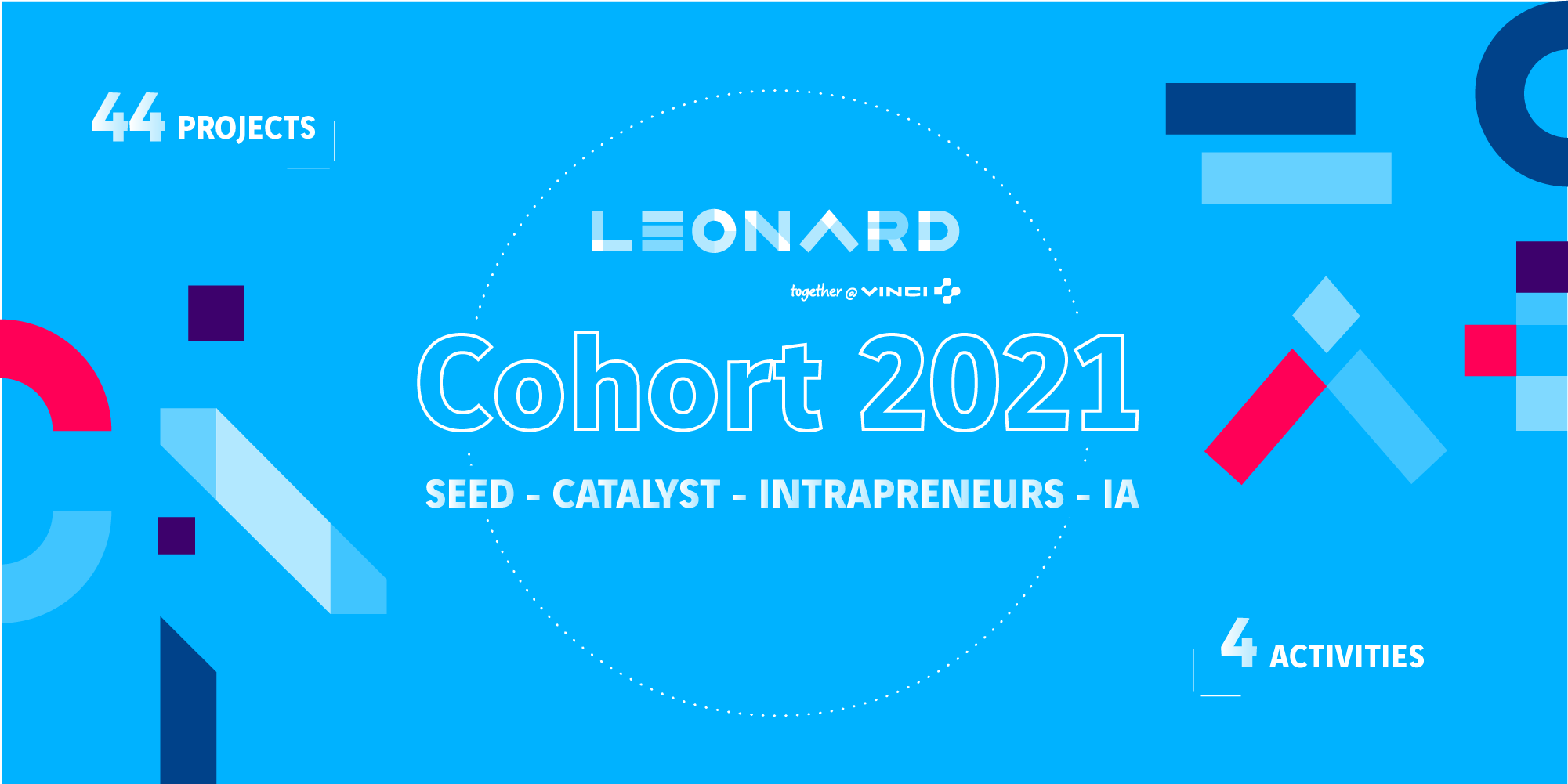 44 projects geared for the challenges arising from environmental transition, safety, productivity and competitiveness in VINCI’s companies.

Leonard is greeting the 2nd cohort of its CATALYST program, designed to foster cooperation between innovative companies and VINCI companies in construction, ...