Rising sea levels seems inevitable as climate change looms large. Apart from global ecological action, what can cities do practically in reaction to this threat? All over the world, resistance is mounting and transforming the way we build and run cities and infrastructure. 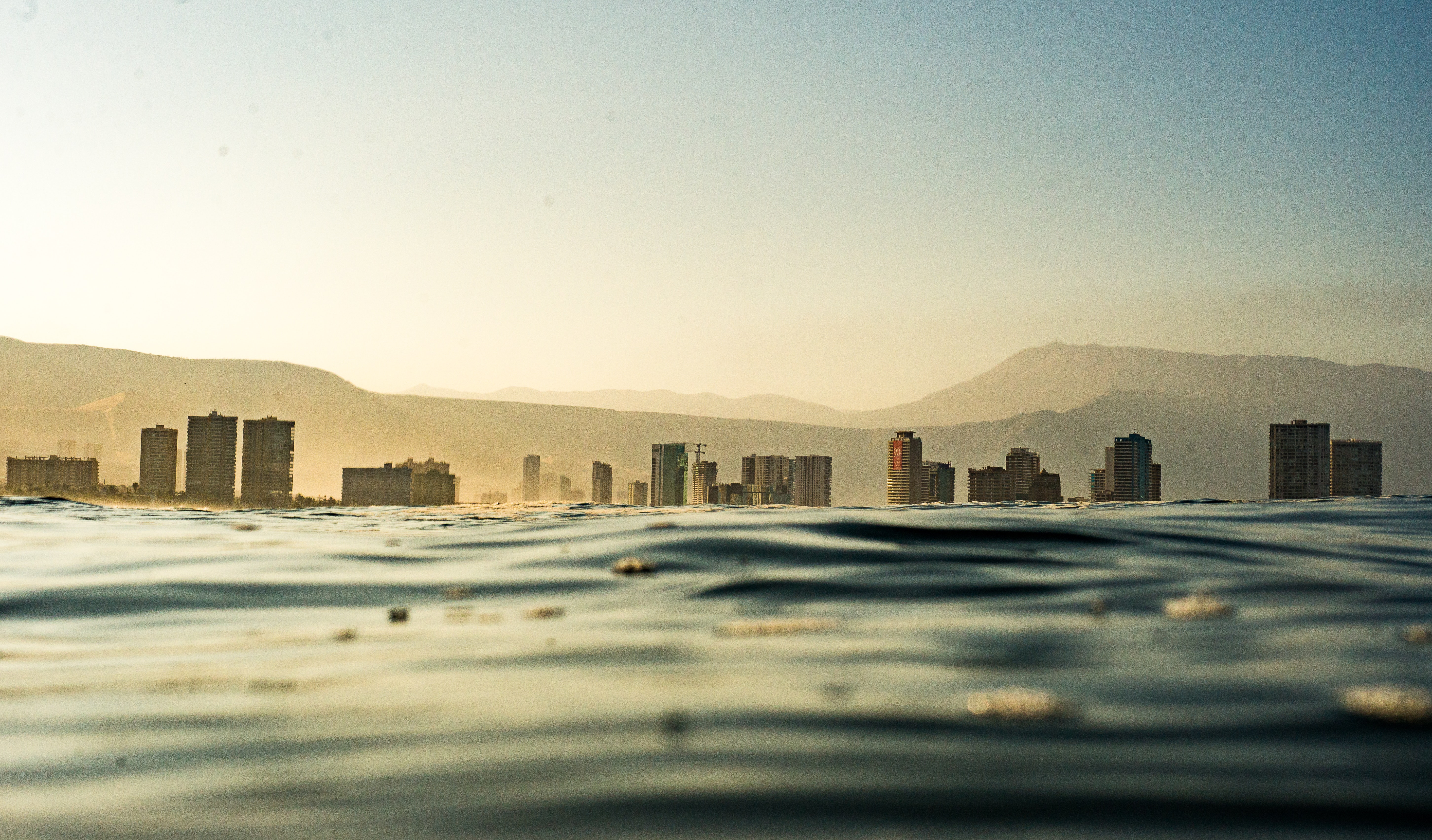 Floods, coastal erosion, storms and hurricanes… Over the past few years, such natural disasters have put the pressure on numerous local authorities when it comes to their “climate resilience”, pushing them to strengthen the capacity of their infrastructure’s resistance to absorbing sudden shocks. Such events are the earth’s way of manifesting climate imbalance, which can also be witnessed more globally as sea levels rise. According to the most optimistic scenario, the latest IPCC report estimated a rise in 26 to 77cm by 2100 – and even more so if the famous 1.5°C global warming threshold isn’t reached, which is looking all the more likely. Such an outcome only heightens the risk incurred. Insurance companies in France reported that “climate change damage” reached new heights in 2018, and the cost is looking to be twice as substantial by 2040.

Who will bear the economic cost of rising sea levels?

From New York to Miami, Bangkok to Calcutta, via Lagos and Jakarta, the risk is becoming increasingly critical for coastal towns big and small, especially given that around a quarter of the world’s population currently lives by the sea. This is something that the OECD already brought to light several years’ ago. Besides this climate risk, urbanization and population growth will only make the situation more precarious.

Countries are teaming together to face this threat, to increase their capacity to resist and adapt to shock. But funding is still needed. Numerous organizations, such as Deep South Challenge in New Zealand, have started to look into the issue, in particularly the role insurance companies could play. In areas at high risk of sea-level rise, there’s already a lot of pressure on the funding needed to cover and compensate risks associated with climate disasters. Insurance companies are becoming increasingly picky on the types of risks they cover, and are pushing more and more people to take out insurance cover. As for the real estate market, it too has had to adapt (although, adapting to climate risk is business as usual for this industry), and so too should public policies protecting the most vulnerable populations. After cyclone Xynthia hit France, the region of Normandy has now put in place a large (and costly) range of measures to reinforce and protect as part of the national coastal risk management and prevention plan (PPRL).

When it comes to infrastructure, what do the solutions look like? Leonard recently published an “Emerging Trends” overview on the subject, looking at two main points: attenuation (avoiding or lessening the effects of the unmanageable) and adaptation (managing the inevitable, reinforcing protection systems such as seawalls, no longer building on flood zones, developing houses made to resist climate risk, or better post-crisis building). From a technical point of view, the Island Institute suggests that traditional approaches to improving built infrastructure (retaining walls, raising road levels, increasing the diameter of culverts) are not enough, and we should look to innovative solutions for determining answers. It was with this in mind that the Resallience studio was created in 2018, for adapting projects, infrastructures and their uses to climate change.

Rotterdam is one of the European capitals of resilience. The continent’s largest port has developed a strategy aiming to become climate-proof by 2025. In contrast to the protection provided by the impressive storm surge barrier built in 1997, the city’s approach marks a paradigm shift: it’s now looking to simply “make” with its environment. Just look at its floating farms built on a floating platform, it’s the premise for a whole floating neighborhood. In San Francisco, landscaper Kristina Hill has offered up ways to adapt the Bay Area for sea-level rise, by building housing on “micro-polder” foundations and using wetlands and beaches to absorb water. Her message: infrastructure must adapt to living systems, and not the other way round. Incidentally, this would align the interests of both real estate developers’ and environmentalists’….

To make this happen, innovation seems like the only answer: for urban planning, for architectural audacity (just look at Belfast in Maine, with its pivoting louvered shutters and water-resistant materials) for protecting road infrastructure (reservoir pavements from Eurovia), and also consultancy on adapting existing structures, reconstruction (kit homes from Logelis) or even proactive surveillance and managing for buildings and infrastructure (Sixense).