For the second edition of the Building Beyond Festival, Leonard, La Fabrique de la Cité and Fondation VINCI Pour La Cité gathered together 70 city makers, researchers, architects, engineers and artists over two weeks, to talk about everything that goes into making a city, and to think about future infrastructure and how land can be used. We took an usual look into the concept of environment design with Raphaël Lacoste, art director at Ubisoft, and Marian Goodell, CEO of Burning Man. Before building a city from bricks, shouldn’t we design the dream city first? 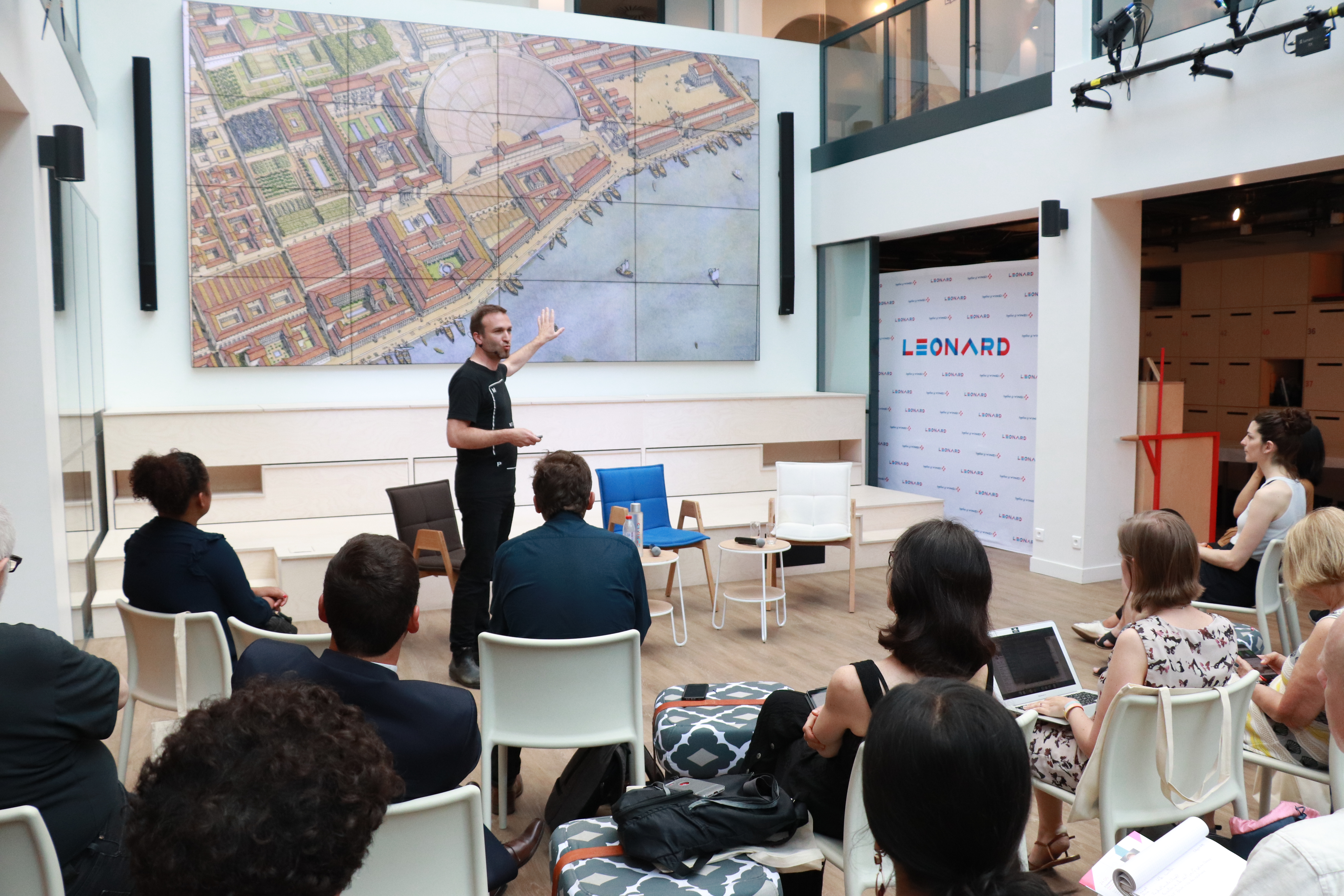 Dream cities: redesign the past to imagine the future

Reinventing cities is about bringing a fresh perspective to current or old urban areas. The teams at Ubisoft were given this task when creating the Assassin’s Creed Origins game, requiring them to reinterpret the ancient city of Alexandria. When photography fan Raphaël Lacoste talks about how they designed the city, his choice of words is not without significance: “We work from drawings which we literally then bring to life.” In a video game, the background is a vehicle for emotions, it interprets romantically a place. And here, Alexandria is shown in a new, improved light, according to video game aesthetics.

When creating a credible environment and an optimum gaming experience, the digital reproduction of a city is enhanced with characters, in keeping with the historical context and the vast natural environment. It’s about bringing a city to life by cross-breeding the magnificent ancient Egypt with a sprawling of city today. By using photos and maps, the Ubisoft team then took the initial drawings and played with light to create rhythm and an almost sensual relationship to the game, making the player forget that they’re in a digital world. Raphaël Lacoste stresses, “We’re not looking to create a literal representation, but rather to bring about emotion.” In this instance, the city in itself tells a fully immersive story to the player.

Manning the controller is a 200-strong team who continuously negotiate artistic, technical and design decisions. To bring a creative composition to life, the environment must be broken down in a balancing act of technical capabilities and artistic desires. When they create a new space, Ubisoft is hoping their virtual city will take people elsewhere, leaving them in awe. Incidentally, a city built on artistic drive is not a virtual dream… The Burning Man arts festival decided to take on artistic interpretation from another angle.

City living: inventing a city out of nothing

Every year, the Burning Man festival reinterprets the concept of a city. From the early days when several dozens of people gathered together on a San Francisco beach in 1986, to 80,000 revelers right in the heart of the Nevada desert today, Burning Man has become a leading arts festival. But it’s also an incredible laboratory for artists, developers and urban planners too.

Marian Goodell, CEO of Burning Man, explains that the ephemeral city of Black Rock City is built adapted to its residents’ needs and also to space and climate restrictions. Despite the huge number of participants, which is growing exponentially, she makes sure that, “We never felt crowded; being together is stimulating.” So how do you go about making It easier for ten of thousands of ‘Burners’ to get about during the festival? While cycling remains a popular choice, there are many different types of vehicles disguised as works of art. There are certain rules to respect in Black Rock City, which are directly inspired by communal living. Festival-goers adapt to the living environment and develop a sort of pride in being an ephemeral citizen. 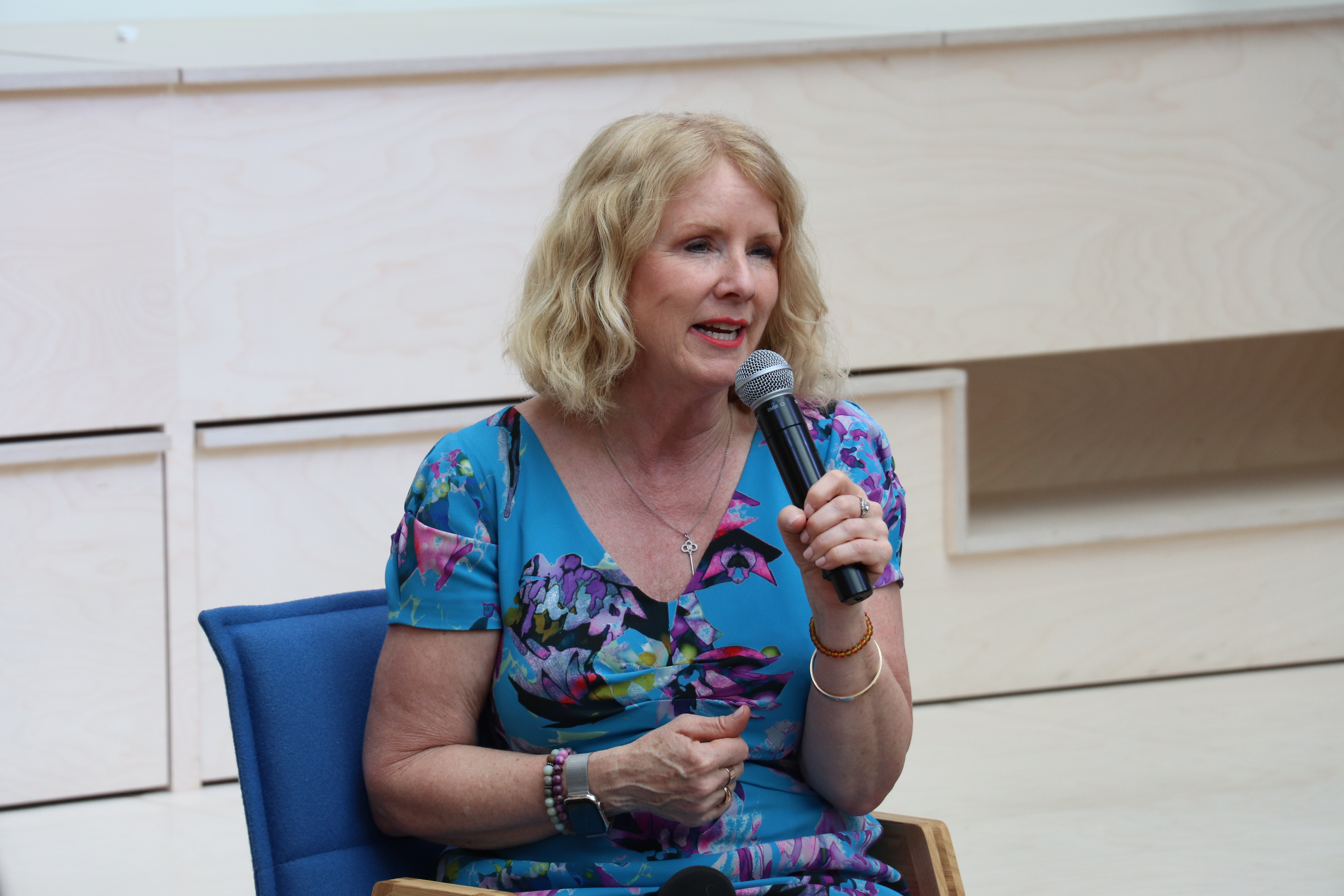 The hostile environment in which Burning Man is set is also one of the festival’s major pulls, forcing the ephemeral city to adapt while ironically in turn this strengthens bonds within the community. Here, mutual aid rules, not competitive spirit. While there may be some 80 or so Burning Man events taking place around the world today, those held in the most extreme, hostile climate conditions are in fact the most interesting and successful: anticipating a sand storm or other meteorological forces is what pushes creativity and cooperation. The use of new technology has also found its place at Black Rock City. While they play with light at Ubisoft to virtually create emotions, in the desert, solar panel solutions are what help power the campsites. Such innovations have piqued the interest of organizations like the UN or Reporters Without Borders, as well as traditional cities looking to extend an ephemeral city over the long term.

So can we consider that video game professionals’ creativity or a community in the middle of the desert is the first step towards tomorrow’s cities? An artist’s interpretation pushes us to consider the city as a desirable space, a place to be shaped by its community. Whether we create a city virtually, buried beneath the sand, or we make them pop up physically, the two approaches deploy endless imagination and open a world of possibilities for tomorrow’s cities. As Marian Goodell says, Burning Man and Ubisoft have the same objective: “Creating worlds for people who don’t have it.”