From urban manufacturing to urban agriculture, Leonard held two public events at Leonard:Paris to focus on the two facets of an emerging urban model: the productive city. 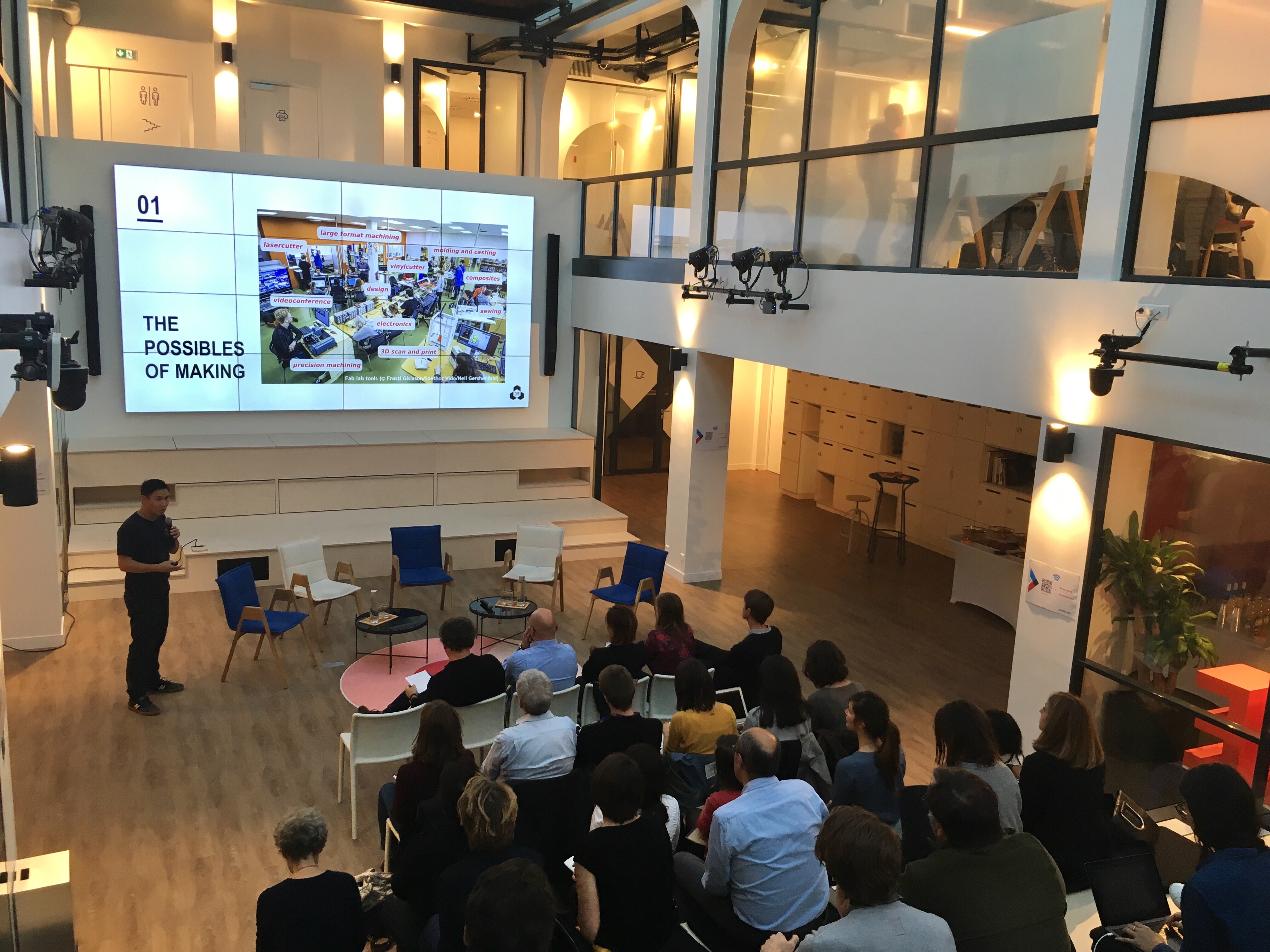 Manufacturing and agriculture are moving into city centres, where fablabs and other hybrid spaces dedicated to productive work are spreading. In 2018, there were about 315 such spaces in metropolitan France. Agriculture has also wended its way back into urban areas and is carving out a place for itself in the interstices of built-up areas, with urban yields sometimes reported to exceed those of conventional agriculture by a wide margin.

Both movements constitute a response to current social concerns and offer new ways of working together and shortening the supply and distribution chain, as well as a way to grow healthier, more environmentally friendly food. The new models are enthusiastically welcomed by authorities and investors but they also raise new questions. What is the potential of these new forms of activity? How can they be smoothly integrated into the confined spaces of city centres? And what impact – positive or negative – will they have on cities? The two panels and the audience of inquisitive, expert and passionately committed people together explored the confines of the productive city.

Fablabs, the tip of the “Fab City” iceberg

France has become a leading hub of the new spaces – fablabs, shared workshops, makerspaces and micro-factories – currently sprouting in the heart of cities and is now second only to the United States in the number of its fablabs.

Minh Man Nguyen, founder of the WAO architecture firm and president of the Fab City Grand Paris think tank, said that fablabs are special in two ways: in addition to making otherwise costly and difficult-to-access machines available to everyone, the fablab fosters knowledge sharing and the creation of Artisan 2.0 communities known as “makers”. The “Fab City” concept includes these hybrid production sites but extends beyond them to cover all productive activities in the urban area, from waste management and recycling to urban agriculture. Achille Bourdon, of the SYVIL architecture firm, provided an overview of the wide variety of activities covered by the concept. For example, central kitchens in Paris that supply most of the city’s school cafeterias are also considered as production sites.

These activities generate little pollution and take up little space, as opposed to industrial facilities located on the outskirts of cities. But they raise issues with respect to coexistence with residential spaces and the risks they can generate. The risks are not new, according to Sébastien Farin of INERIS, but reflect, in the case of fablabs, the inexperience of users. Embedding these activities in the urban fabric calls for a customised architectural approach and a more granular response to the transport of raw materials and goods.

The long march to self-production

The Utopies consulting firm partnered with Fab City Grand Paris to delve into urban manufacturing and to classify French urban areas by self-production capacity, i.e. by their ability to locally produce what they consume.

The study resulted in the creation of the FabCity index and came up with a number of sometimes surprising findings, such as that the performance of 30 of the 50 French cities with the largest populations is below average. The study also drew attention to sharp disparities from one part of the country to another, which it often attributed to factors relating to the history or economic development of the cities involved. For example, port cities such as Brest and Toulon, through which large volumes of goods were traditionally shipped, seem less well equipped to support a productive fabric, whereas cities such as Cholet, Valence and Lorient have a crafts and industrial heritage that gives them high self-production capacity. But these good results should not obscure the fact that the average self-production capacity of French urban areas stands at just 3%. 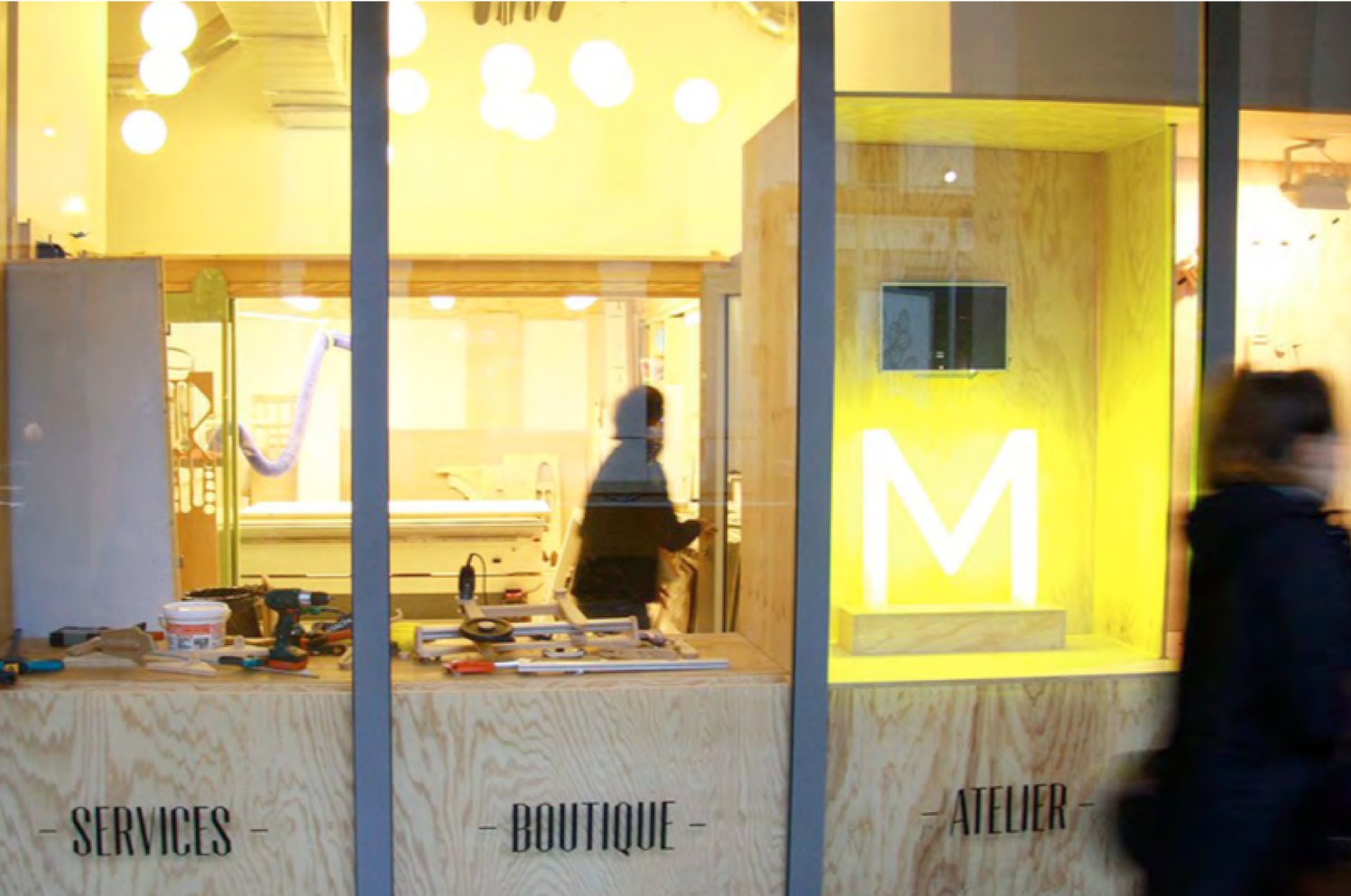 “The issue of self-consumption leads naturally to the question of the means of production. How can we ensure that a city has the capacity to produce locally? We cannot set our sights too high, but there is enormous scope for progress,” said Annabelle Richard. She believes that new economic models based on entrepreneurship are a way to ensure the development of local production.

Urban agriculture appeals to city dwellers wishing to return to nature and investors who see urban crops as a business with high potential returns. And their unanimous enthusiasm is well-founded. According to Joséphine Ceccaldi of startup Agricool, urban agriculture can be up to 120 times more productive than conventional agriculture, for two reasons: the use of new soil-free agricultural techniques such as aquaponics and aeroponics offers full climate control to provide a greater number of harvests and year-round production; and the introduction of the vertical dimension in agriculture also increases production capacity, inspiring huge vertical farm projects such as Dickson Despommier’s iconic “The Vertical Farm”.

Although more and more studies are confirming the idea that urban agriculture will never be able to feed all city dwellers, substantial scope for development remains untapped. In Paris alone, 80 hectares of roofs could potentially be planted, according to the AgroParisTech study presented by Thomas Haden. In Montrouge, 25 hectares of roofs could be used for agricultural purposes. The Paris city authorities have decided to activate this potential and to have 100 hectares under cultivation in the capital by 2020. The call for projects issued by Parisculteurs puts the Paris city hall’s “100 hectares” goal into practice and focuses on rooftop market gardens and other projects. For example, this initiative enabled startup Cycloponics to inaugurate La Caverne, the capital’s first underground farm, which converted an abandoned car park into an agricultural production space. 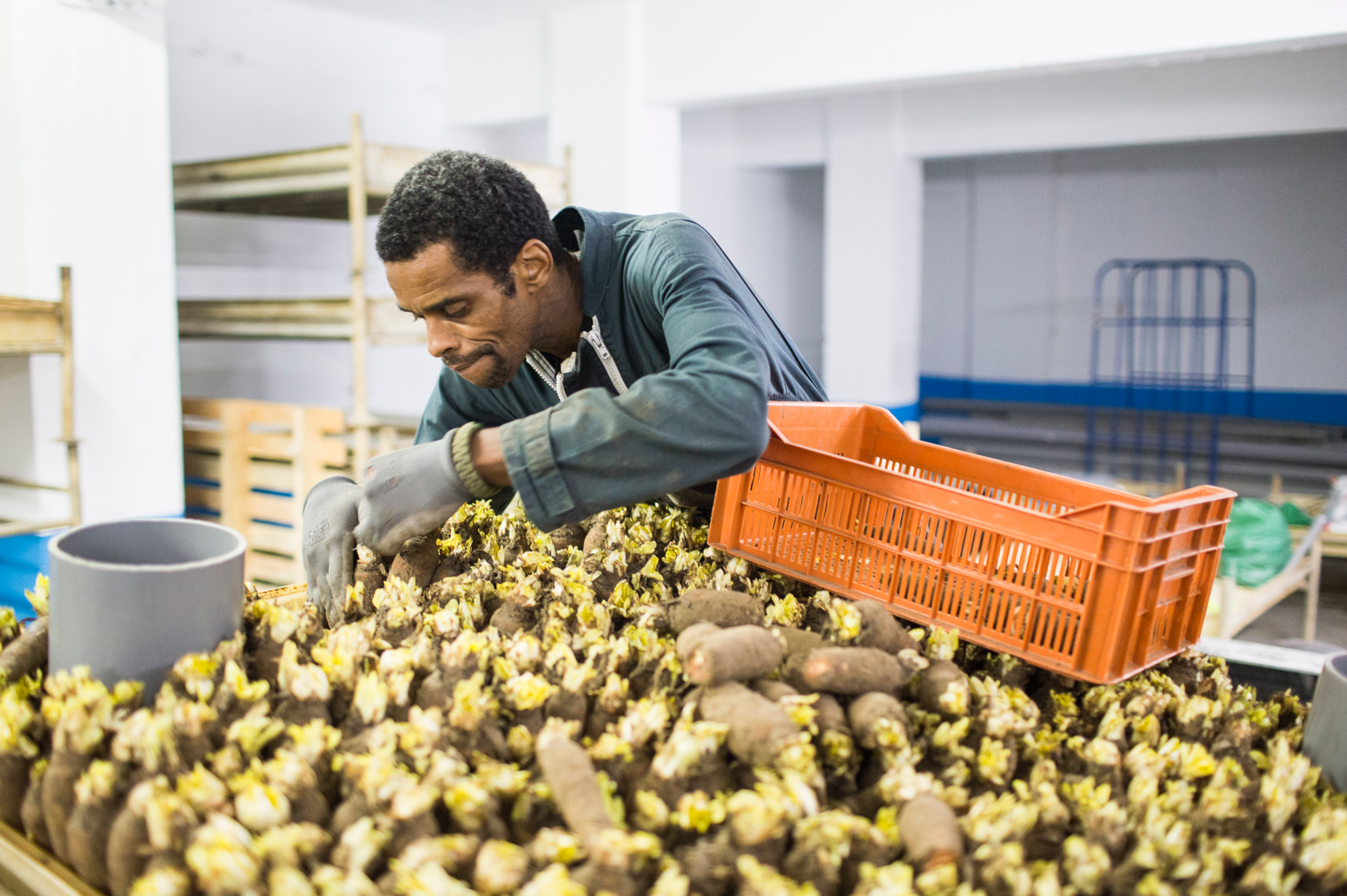 Urban farming, a “tool for living together”

Jacques-Olivier Bled (Paris city hall) pointed out that the purpose of urban agriculture is not limited to production. It is also a tool for living together. Paola Mugnier of Urbalia agreed. She said that shared gardens are places where people can gather, spend their leisure time, and learn. La Caverne employs people from the neighbourhood and builds a trusting relationship with its inhabitants by making the area safer.

These positive impacts should not obscure the issues raised by urban agriculture, such as its inclusion in urban logistics, tensions due to the scarcity and high prices of urban land, the connection with the outskirts of cities and the actual environmental benefits of initiatives that often consume large amounts of energy – in short, the same issues faced by urban manufacturing. 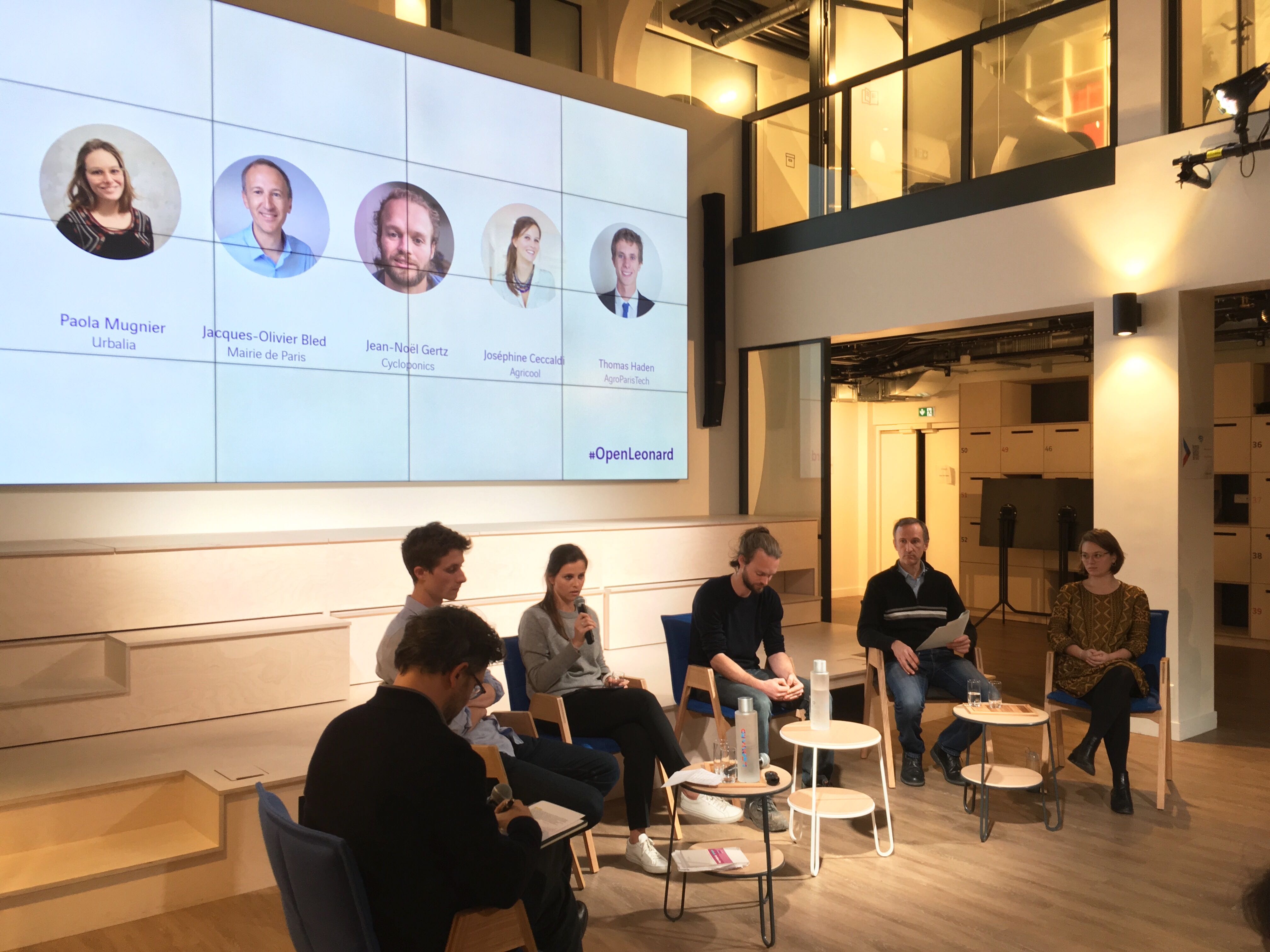 These combined activities promise to revitalise city centres suffering economic decline, especially in small and medium sized cities. Urban manufacturing can potentially make the city more autonomous, refocus activity on the local area and foster local community ties. Its goal is to provide a multi-faceted solution to the problems of our time by promoting economic resilience and fostering progress on environmental and social goals. To engage in urban manufacturing and agriculture and take their ambitions beyond the experimental stage, cities must substantially invest in these fields and offer new artisans and farmers access to land and to practical logistical solutions.