The concept of resilience can also be applied to cities, which are places particularly exposed to climate change and the negative effects of increased population density. Urban infrastructures and public policies may help towards softening the impact of persistent and future problems. 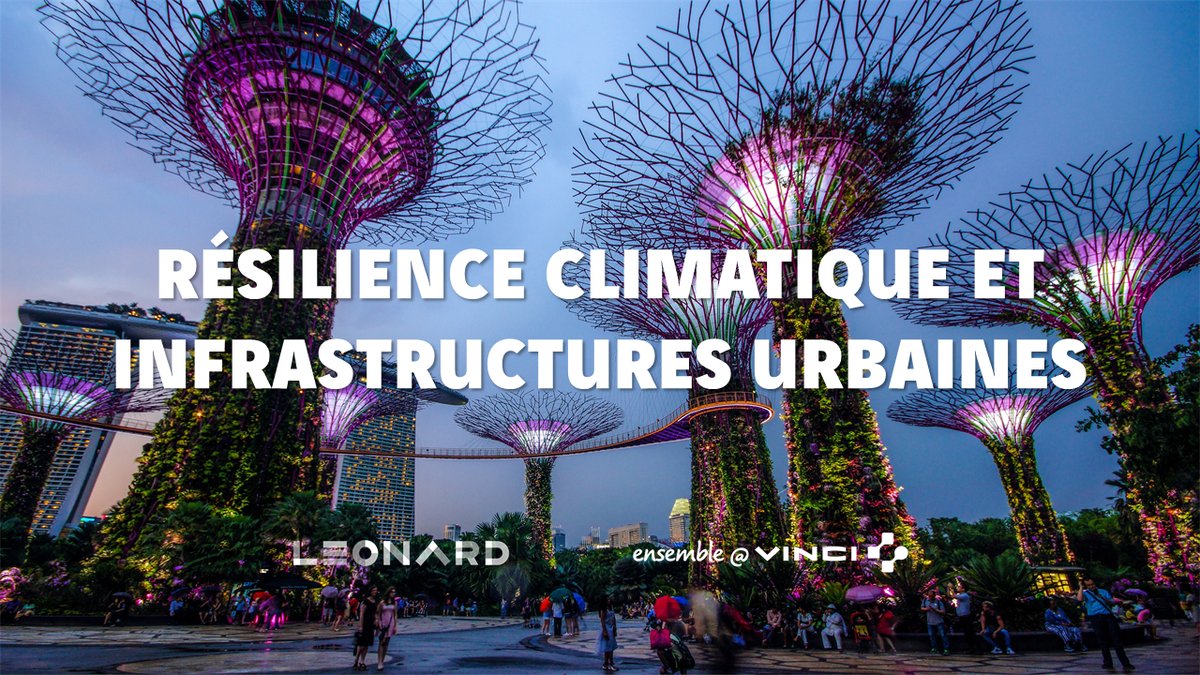 When a natural disaster strikes, city-dwellers bear the brunt of these often tragic circumstances, but there are other victims too: urban infrastructures. The VINCI Group has put Lorène Dumeaux in charge of a working group on strategic foresight for resilience, who has managed to evaluate the costs of the most recent natural disasters in urban settings. “These disasters have multiple demographic, social and economic repercussions. Take hurricane Katrina that hit the United States in 2005; a third of the global costs was due to infrastructure damages,” she explains as an introduction. “For climate resilience to work, cities must adapt to the risks in order to protect themselves against disasters and minimize the impact.”

The concept of resilience can therefore also be rendered on a city scale, encouraging us to rethink how urban living functions, invent infrastructure that can offer more protection and provoke new collaborations. As part of the Building Beyond festival, Leonard:Paris invited three specialists to come along and develop this need to join the resistance: Sébastien Maire, senior official in resilience at the Ville de Paris; Chloë Voisin-Bormuth, head of studies and research at La Fabrique de la Cité; and Karim Selouane, who is leading an intrapreneur project on resilience at VINCI.

It was the chance to get an overview of several initiatives taken throughout the world that had brought the concept of urban resilience to life, even if, as Sébastien Maire reminds us, “it’s more about being inspired rather than simply copy-pasting what is already being done elsewhere, as every place is unique.” In any case, the strategies are always based on three main points: the inhabitants, the infrastructure and how the place is governed. Back in 2015, Paris became one of the first cities in the world to adopt an “adaptation” strategy for risks incurred. “The aim is to develop cross-disciplinary public policy to protect the people from whatever may strike today or tomorrow,” explains Sébastien Maire. “One solution must be able to cope with several problems, long-term issues such as air pollution and insalubrity, and the possible risks from floods or terrorism.”

Sébastien Maire takes the example of the “Oasis” project which is going to be trialled this summer in three pilot schools in Paris. “We wanted to transform schoolyards into an oasis to fight against both social isolation and the heatwave, while raising awareness of environmental issues amongst pupils,” he details. “We’ll set up a fountain and school gardens, and the tarmac will be covered in an eco-friendly surface, part of which will feature plants. Evenings and weekends, the playgrounds will be open to everyone, providing a place to cool off and escape from the intense summer heat, while also providing a place to strengthen social cohesion with those most vulnerable.”

Resilient initiatives with multiple advantages for today and tomorrow. With this in mind, Chloë Voisin-Bormuth highlights a policy from the city of Hamburg in response to the migration crisis. “The local authorities combined an emergency plan to house and integrate migrants (such as through language classes) with a long-term housing plan to increase the supply of accommodation available for the whole population,” she explains. “Resilience must be multidirectional and transgenerational.”

One discernable point in that case is to identify the future concerns of the resilient city and its inhabitants. “Resilience isn’t planned,” asserts Chloë Voisin-Bormuth. “It can happen that there is a whole heap of unforeseeable developments concerning the political, economic and geographical plan…. But when it comes to the effects of climate change, current reasoning shows that today’s generations will feel the impact.” The issues faced from climate change might just be the opportunity to develop innovative services, such as the “Résallience” project developed by Karim Selouane, which offers a whole range of services designed to establish a resilience diagnosis on any given area.

As innovative as it may be, technology can’t protect cities 100% from all risks. However, Chloë Voisin-Bormuth sees strength in this powerlessness: “With resilience, we abandon the concept of zero risk and tackle our problems head on,” she concludes. “And that already shows we’ve come a long way.”