Digital technology has vastly changed the urban experience, causing the gradual emergence of “augmented urbanites”. Innovative actors, along with the state and local authorities who run public spaces, must now learn how to handle such tech together. 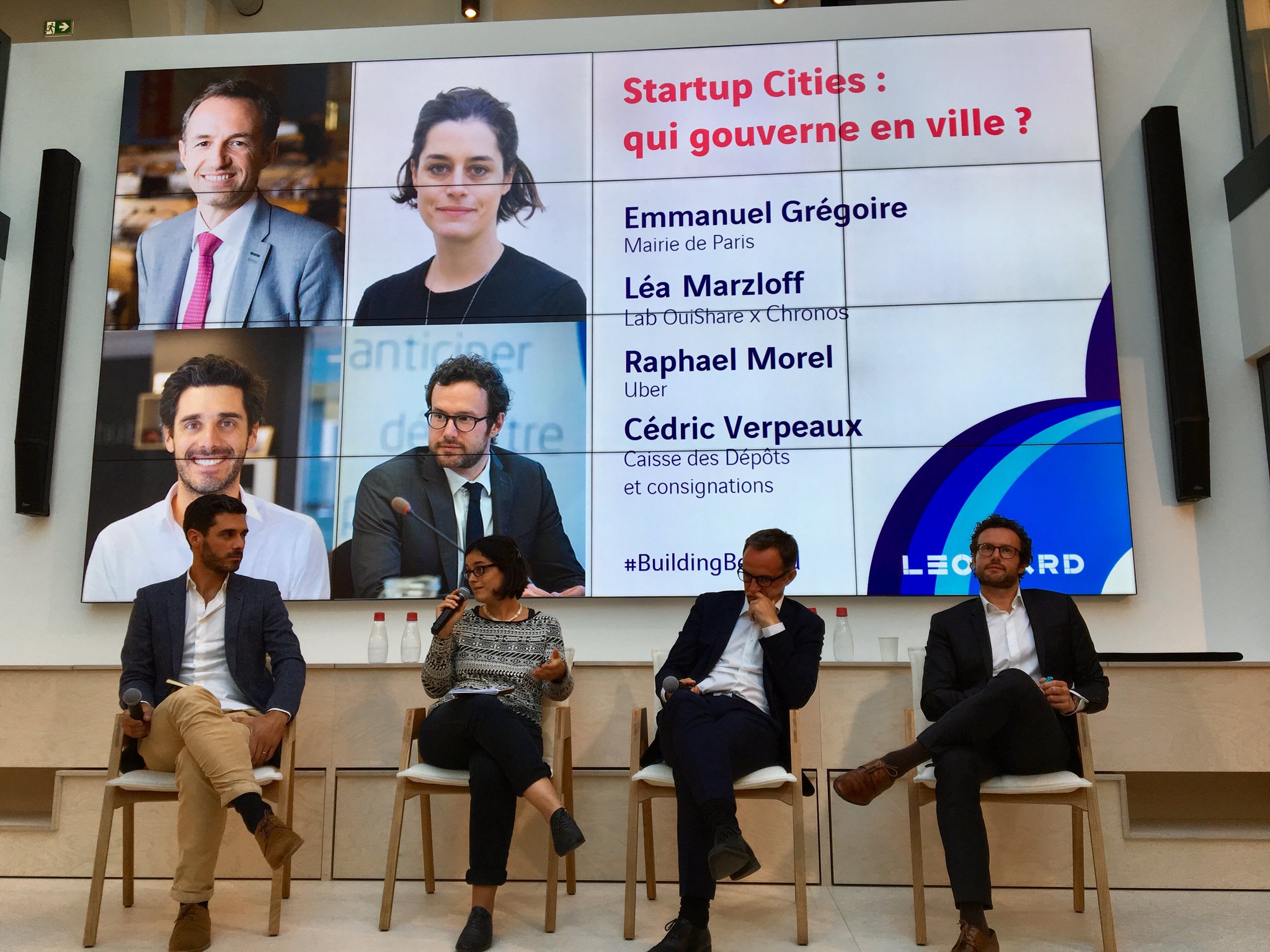 Order a private hire vehicle, reserve a free-floating bike, have your dinner delivered, rent out your home for a few days, find the quickest route… Digital platforms have become a way of life for the homo urbanus, and they’re not going anywhere anytime soon. New applications that are gradually changing the urban landscape, are driving local authorities to team up with unexpected partners in the history of public policy, aka, start-ups. Deputy at the Paris city hall, Emmanuel Grégoire is in charge of issues relating to the transformation of public policy. He openly admits that “platforms are turning the way cities are run upside down, and it’s up to public policy to regulate their use.” It’s a theme on which the elected Parisian was invited to debate upon at Leonard:Paris’ Building Beyond Festival, alongside Raphaël Morel, Development Manager at Uber, Léa Marzloff, deputy director of Chronos consulting agency in mobility, and Cédric Verpeaux head of the Digital and Sustainable City hub at the Caisse des Dépôts.

In demand by a growing number of users, apps satisfy the urbanite’s essential needs, from getting around, getting food and finding a place to stay. With such efficient and practical solutions, it could be considered counter-productive for public authorities to oppose them. “Airbnb may seem awesome, so why limit its use?” questions Emmanuel Grégoire, before going on to explain that it’s about “stopping tourist-filled city centers from being emptied of their residents.” Following the request of Paris city hall, Airbnb has accepted to limit rental durations for primary residences to 120 days a year in four of the capital’s central arrondissements, imposing regulations upon its users that numerous owners try and get around.

Paris has opted for negotiation, but for other startup cities, regulating new apps created by platforms comes in the form of restriction. For example, after London, the State of Israel last year banned Uber from operating its service throughout the whole country. In a similar vein, San Francisco has recently banned electric kick scooter rental apps, after the vehicles constantly clogged up the city’s pavements. “In Paris, we’ve got the same problem with free-floating bikes,” adds Emmanuel Grégoire. “The negative effects have to be regulated.”

Fortunately, the use of such platforms clearly also has more positive effects for the community. The large amount of data collected can also bring about fruitful collaborations between start-ups and public authorities, such as the partnership made last year between the city of Lille and Waze. Raphaël Morel, who represents Uber France and its 2.5 million regular users, touches upon the Uber Movement shared data program. He gives the example of data sharing with the Ville de Paris, aimed at decongesting the comings and goings of private hire vehicles in front of Gare du Nord. “We’re ready to put our data to use for the good of local communities and help improve mobility, because its in everyone’s interest,” he explains.

However, in France, such positive externalities are today limited to potentially less than a dozen cities. Léa Marzloff from the consultants Chronos, recalls that there is a deep divide between ultra-connected urban centers and the rest of the country, which are either hardly or not at all covered by apps such as Uber or Airbnb. A part of funds raised by the Caisse des Dépôts as part of the national Action Coeur de Ville plan, will incidentally be used to help innovative approaches and solutions set up in middle-sized cities. “There are many small towns that are counting on digital platforms to regenerate their central parts of town, and they’re ready to welcome them with open arms and without restrictions,” concludes Cédric Verpeaux from the Caisse des Dépôts. So, in these medium-sized cities which aren’t (yet) start-up cities, regulation will wait for now.