For the second edition of the two-week Building Beyond Festival, Leonard, La Fabrique de la Cité and Fondation VINCI Pour La Cité gathered together 70 city makers, researchers, architects, engineers and artists to talk about everything that goes into making a city, and to think about future infrastructure and how land can be used. During this morning session, we looked at the notion of taking action with Mathieu Baudin, director of the Institut Des Futurs Souhaitables, and Catherine Dufour science-fiction author and member of the Zanzibar writers’ collective. Imagine, by simply thinking about the city you’re already reinventing it…

First off, foresight is the view that human beings will be able to question themselves and anticipate uncertainty in the future. While foresight today gives answers to questions linked to the future, Mathieu Baudin takes us down that of another path: sustainable development. This throws down some serious fundamental questions, like where are we going, how and with whom?

However, the difficulty remains in managing to imagine ourselves in a social order that’s different from our current one. Trying to predict the future is the perfect excuse for examining the present and past. Science fiction and stories are built from an assembly of data and variables – yet we’re simply not looking in the same direction. Foresight studies focuses on our behavior and our ability to ask the right questions. “Since the dawn of time, we’ve been trying to predict the future so as not to pay the price,” says Mathieu Baudin.

Good news: the impact of our action on the world is faster than we expected! We’re now able to witness the effects, and we will be contemporaries of the consequences of our actions. “Today there is more risk in taking action that in not taking action,” highlights the director of the Institut des Futurs Souhaitables. For example, the impact of the digital revolution is just as significant as the impact of the printing press. You have to know how to pay attention to the weak signals and anticipate change.

Invent the future by going beyond dystopia

For its part, science-fiction often presents us with some rather somber futures. These dystopias are like a “science-fiction warning”. They’re looking to attract the public’s attention to a future in the making and to highlight possible non-desired futures to positively influence the present. Just take George Orwell’s major work 1984 (1948), which predicted our affection for Big Brother and the extent of how screens would integrate into our lives, and even Alain Damasio’s latest masterpiece, Les Furtifs. While authors have more often tended to tackle the dystopia genre, utopias have still managed to appear, such as City by Clifford Simak (1952) … albeit, here is a utopia that exists by wiping out the human race altogether. 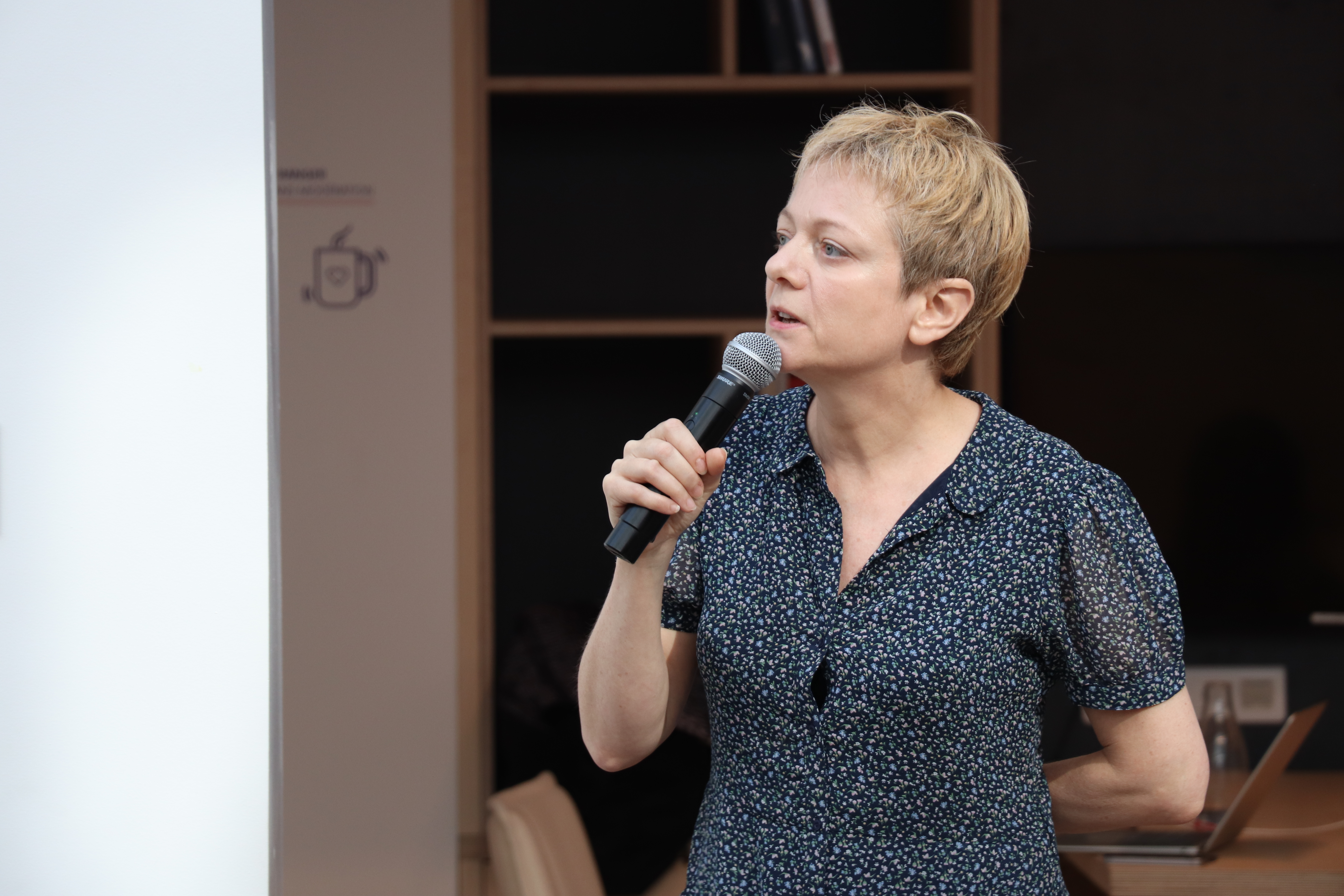 The genre that we’re interested in today is near-future science fiction, which portrays a world in which humans show responsibility. The most popular works include Neuromancer by William Gibson (1984), who was behind the “high tech / low life” cyberpunk movement. Catherine Dufour also embraced the movement and published her own novel Le Gout de L’Immortalité (‘The Taste of Immortality’, 2005), which takes on board Greenpeace’s warnings.

For Catherine Dufour, it’s time to go beyond cyberpunk and conceive another future, one that’s more positive, solidary and looking towards creating desirable futures. Introducing…. solarpunk. Catherine is part of Bright Mirror, a collective created by Bluenove consultancy agency which offers creative writing open working sessions for utopian short stories. In the most often evoked solutions for desirable futures, we see utopian lifestyles based around a sort of solidarity between individuals. However, Mathieu Baudin warns that we must be careful, “When optimism gets it wrong, it can break something much deeper and more intimate inside you.”

Foresight is already the first step towards taking action, as we must determine the consequences of our future actions before taking action. For example, if an electric car gets stuck in a traffic jam, we must restructure the whole range of mobility solutions on offer. A desirable city is one which the residents can reclaim. “Much as foresight is based on what’s predictable, we want science fiction to invent an unpredictable,” adds Catherine Dufour.

Our surroundings have always been built by collective thinking. And it’s in this dynamic that Bright Mirror are looking to involve all those individuals and bits of utopias to create real-life utopias. This approach works alongside foresight: taking the time to think about the long term and change the way we view our environment. As such, we need to rethink mobility solutions, and to reposition ourselves in the chain of all things living. Our relationship with nature is becoming a major component when it comes to redesigning our cities.

The future is a complex matter. It’s performative in part – by simply speaking about it we modify it. For example, some academic research papers have attempted to measure the influence of Hollywood blockbusters featuring an African-American president since Barack Obama was elected.

Redesigning urban life is about changing the utopias and conceptions of the future. Foresight leads us to become aware of the current problems, but the direction in which we’re headed remains to be seen: are we heading back to a known past or towards an uncertain – yet exciting – future?