Bruno Paul-Dauphin first initiated the project, before handing over the reins to Djamil Yahia-Ouahmed and Clémence Thune, all members of VINCI Construction’s teams. e-béton offers a recommendation, management and traceability solution for concrete.

What inspired you and made you want to get into entrepreneurship?

Bruno Paul-Dauphin: After 15 years in the Oil & Gas sector, seven of which were at VINCI Construction, I then followed an Executive MBA at ESCP. This confirmed my interest in innovation, digital and entrepreneurship.

Clémence Thune: I had already created a business before, and the intrapreneurship program was one of the things which made me want to work for VINCI group.

How did you first hear about the program?

Bruno Paul-Dauphin: I initially project managed a platform for hydrocarbon storage integrity solutions, but Leonard saw an entrepreneur in me and suggested I manage a core business project at VINCI instead. And so Chloé Clair, Chief Technical Officer at VINCI Construction, suggested I manage the Bétons Bas Carbone (low-carbon concretes) project and incubate it at Leonard – all this without any preconceptions on the value proposition and even less so on the platform’s concept.

Why was the program well adapted to your project?

Bruno Paul-Dauphin: Throughout the whole program, the team at Leonard and the entrepreneurs in residence who were also there at the same time gave us a framework and deadlines, with monthly progress meetings, then weekly ones, in order to validate the need to pivot and/or expand the project scope. I was able to learn about concrete thanks to VINCI Construction experts, but because I’m not from this industry, I had no preconceived ideas about low carbon formulations or application techniques. So I discovered a material and a profession with a fresh eye that was conducive to innovation.

At the beginning of the project, Leonard asked us to meet more than 200 different people, to listen and understand their needs. These meetings enabled us not to limit ourselves to low carbon concretes but to develop the value proposition for the Momentum project, which has now become e>beton.

What is the next key stage in your project? How will your project develop now that you’ve finished the program?

Bruno Paul-Dauphin: A big step has already taken place, with the appointment of Djamil Yahia-Ouahmed as CEO of e-béton, which has become a new VINCI Business Unit. I decided to focus on the group’s low-carbon concrete initiative, with the launch of the Exegy initiative, which aims to generalize the use of low-carbon concrete on our worksites by relying on e>concrete. It was impossible to carry out the two projects at the same time.

Clémence Thune: Our acceleration drew to a close at the end of August, and we’re now in the seed stage. On the product side of things, we’re developing new features which will allow us to meet the needs of more complex construction sites and exchange data with external apps, be it with concrete providers or apps used onsite. Our main challenge is a large-scale commercial rollout, across France and abroad.

Where do you see yourselves in two years’ time?

Clémence Thune: Growing rapidly, with a bigger team and a diverse range of products touching upon other logistical aspects of a construction site.

Bruno Paul-Dauphin: I see myself using e>beton regularly, which will establish itself as the leader when it comes to choosing “the right concrete for the right place” and for monitoring easily the concrete used on each construction site. In that time, e-béton could become a spin-off of VINCI Construction, with clients outside the group.

What was the most important moment point during the support program?

Bruno Paul-Dauphin: When Clémence Thune arrived, and then Amandine Ponceau. In the space of a few months, they helped make the concept a reality, by developing two MVPs (Minimum Viable Products).

What were the most significant project developments (concept, market, methodology, team, prospects…) during the program?

Bruno Paul-Dauphin: We started out by brainstorming on low-carbon concrete and ended up with a digital platform dedicated to concrete in general. We needed the opportunity to pivot, at the risk of losing some people in our message.

Clémence Thune: The project underwent lots of changes in terms of strategy and the team. The incubation period was very fruitful, so to the acceleration, during an unusual lockdown period. The most significant developments are certainly the team reorganization: Tom arrived at the start of the acceleration phase as account manager for sales and onboarding; and then Djamil arrived as CEO at the start of the seed stage; and Bruno left to concentrate on Exegy.

What have you taken away from the program? How has it impacted your project?

Bruno Paul-Dauphin: Personally, the program gave me the opportunity to apply everything I learnt during my Executive MBA to a concrete project. I’ve really enjoyed the team spirit between intrapreneurs (almost all intrapreneurs from this year’s edition moved on to the acceleration stage!) With the current Covid-19 situation, we had to overcome constraints in terms of distance and manage a team virtually. 80% of the acceleration stage took place during lockdown!

We received support from VINCI Construction throughout the whole program, from the beginning of the project in September 2019 up until the recruitment of the new CEO in July 2020.

Clémence Thune: The program enabled me to work with two coaches: Matthieu during incubation and Louis during acceleration. Their support was invaluable, not only for providing structure and helping to develop the project, but also for developing skills on product management, negotiation and sales, to gain more confidence in myself and improve my positivity.

Meeting and exchanging with other entrepreneurs was also incredibly fruitful, even if these opportunities were unfortunately limited due to the lockdown. Those of us who took part in the program were often faced with similar issues and obstacles, and taking part in training sessions and practicing pitches together was also very useful. 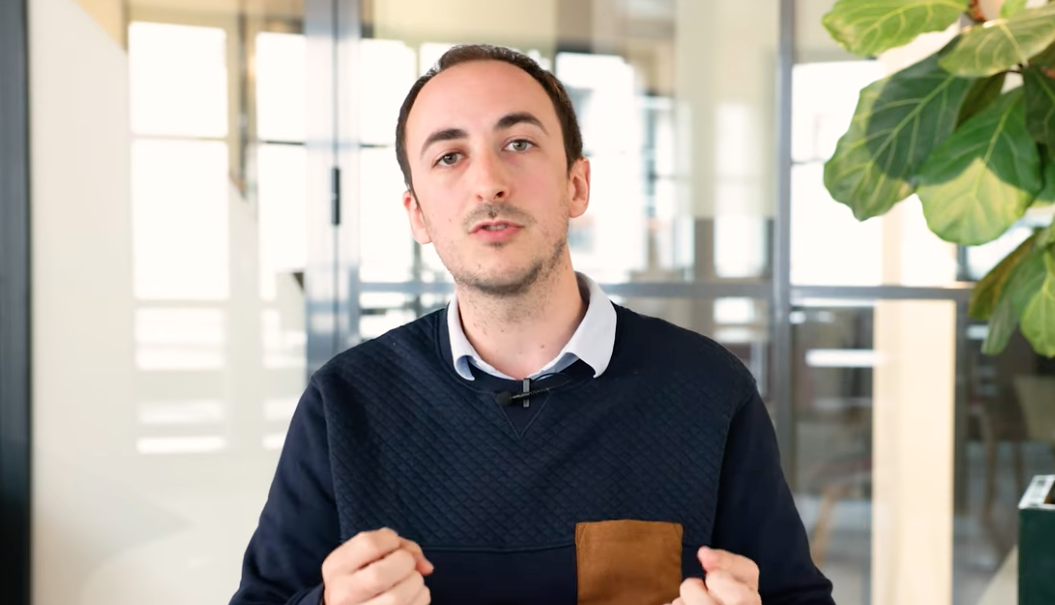 Guillaume Jarlot : “Nooco is a bit like the Yuka of construction”

Get to know the project leaders who make up the Leonard community! Nooco is an online platform that allows construction professionals to measure and optimise... 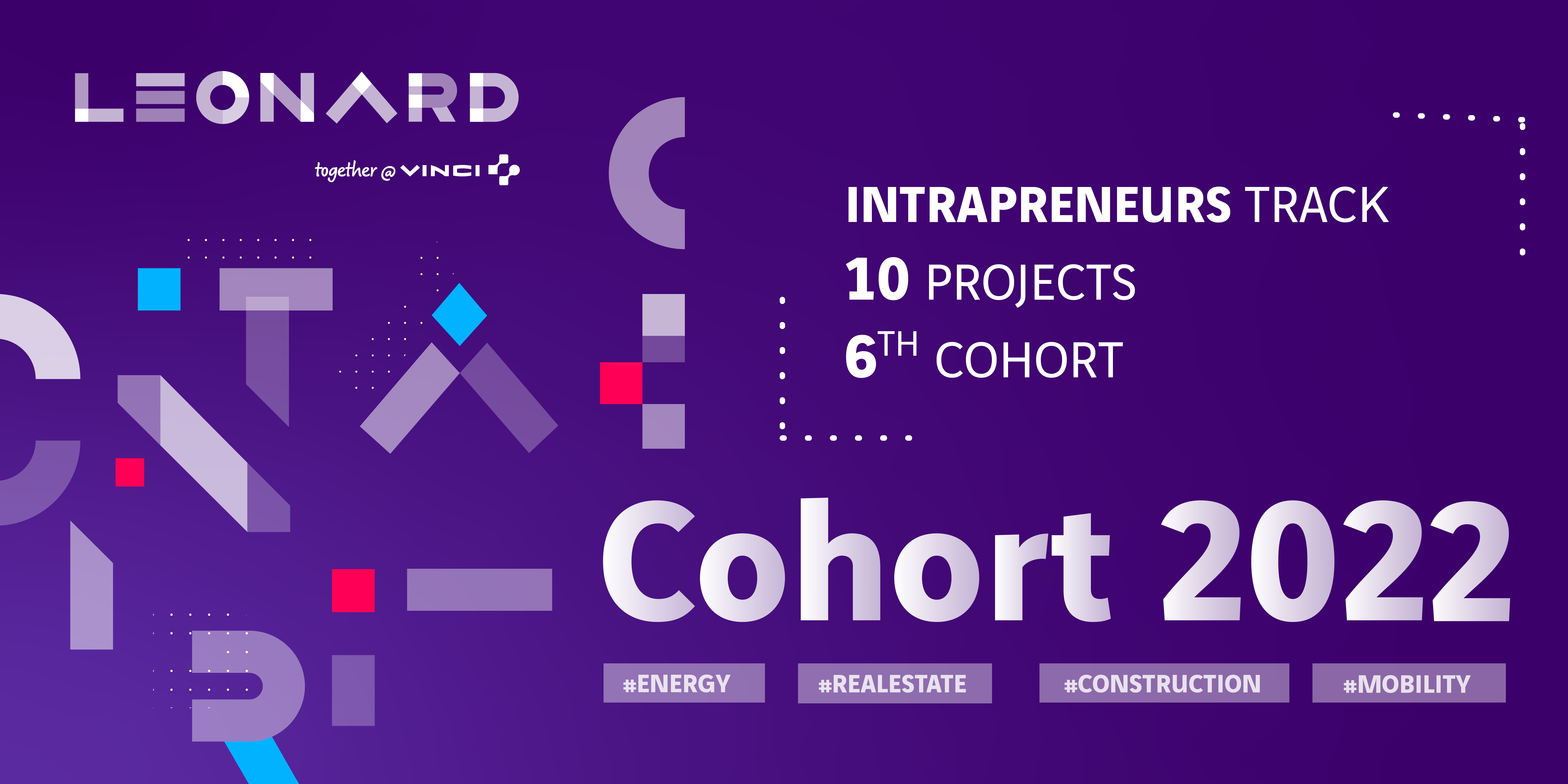 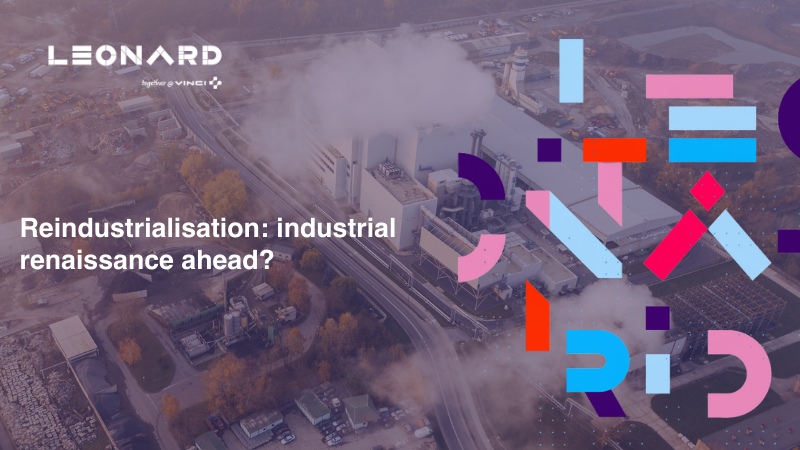