Leonard, VINCI’s foresight and innovation platform, supports Group employees who have entrepreneurial projects they want to develop. We provide coaching and resources, and our goal is to fast-track the ideas we select to grow them into business ventures within months. We’ve backed Group people working on 32 projects over the past year and a half. Leonard gathered the third contingent of intrapreneurs working on the projects it’s incubating at Leonard:Paris, VINCI’s innovation venue in central Paris, for their first Rush Week, from 28 to 30 January last. 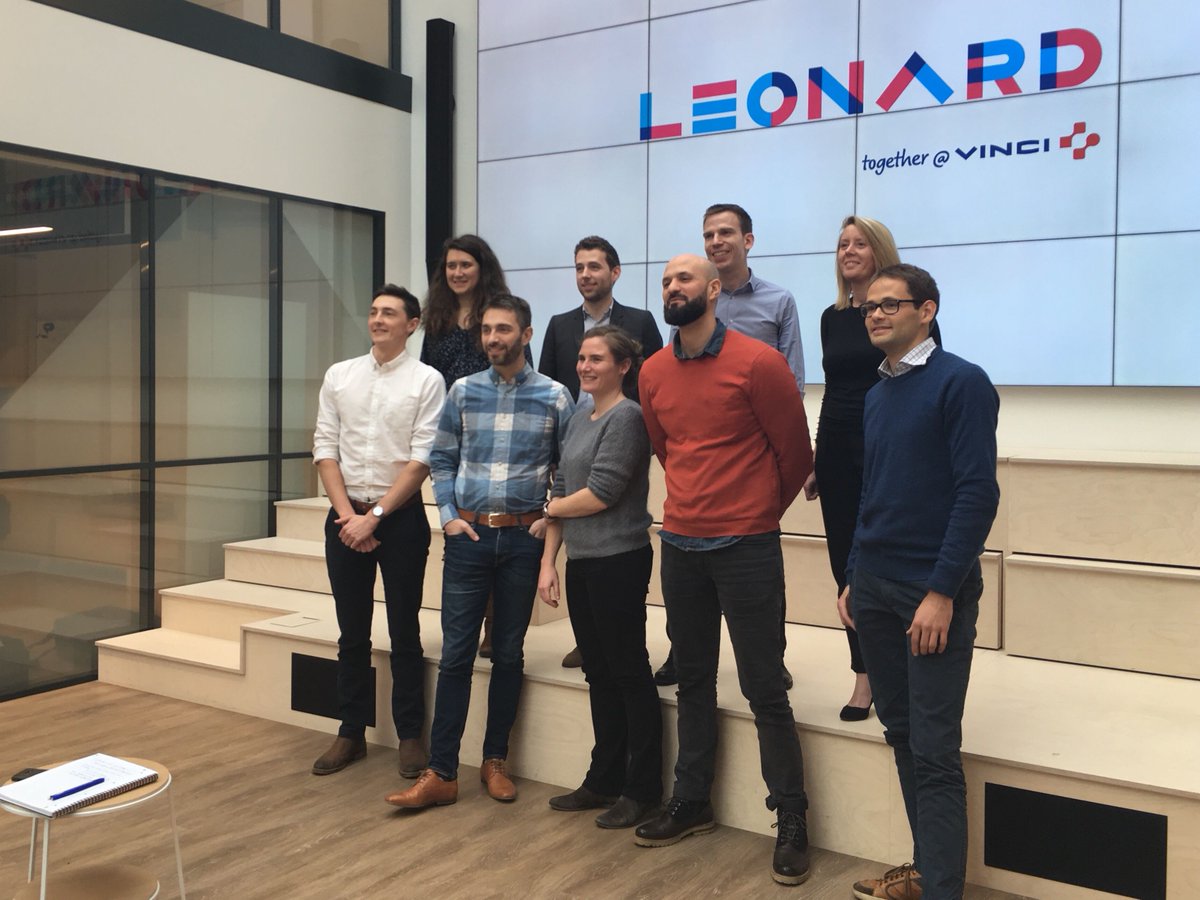 Rush Week is one of the highlights for intrapreneurs on a Leonard path. This busy week is also a fantastic opportunity to rally people from around the VINCI Group. The intrapreneurs meet coaches, experts, mentors, top managers and other sponsors who flock to the venue to hear about the new projects. The ones this year included Chloé Clair (VINCI Construction CTO), Gaël Cailleaux (Entrepose Contracting COO), Didier Thévenard (Eurovia Director of Equipment) and Didier Deschanel (Eurovia Director of Transformation and Innovation). This path is also wide open to entrepreneurs and experts working in cutting-edge sectors outside the Group. The list of external mentors this year included Jean-Baptiste Piacentino (Qwant Deputy CEO), Florian Parrain (Concord CEO), Corinne Lejbowicz (La Poste Board Member) and Alexandra Mosch (EABA Vice-President).

What’s the rush in Rush Week?

Rush Week is one of busiest spells in the incubation phase – which in essence involves turning an inkling into a business model. And the eight intrapreneurs that the selection committee had short-listed two months earlier were eager to start seeing some serious action.

Our article: Behind the scenes of the selection of VINCI’s new intrapreneurs

The intrapreneurs work on their value proposition and entrepreneurial stance. To do that, they attend expert-led workshops (on the art of activating customers using “growth hacking” or on producing a business model, for example), then present their project to in-house and outside experts during 30-minute coworking sessions. That’s their once-in-a-lifetime opportunity to talk candidly about their project’s strengths and weaknesses, to get as much feedback as they can. At the end of the week, they deliver their wrap-up pitch, which is packed with the insights they’ve picked up during the previous few days and the advice they’ve received. 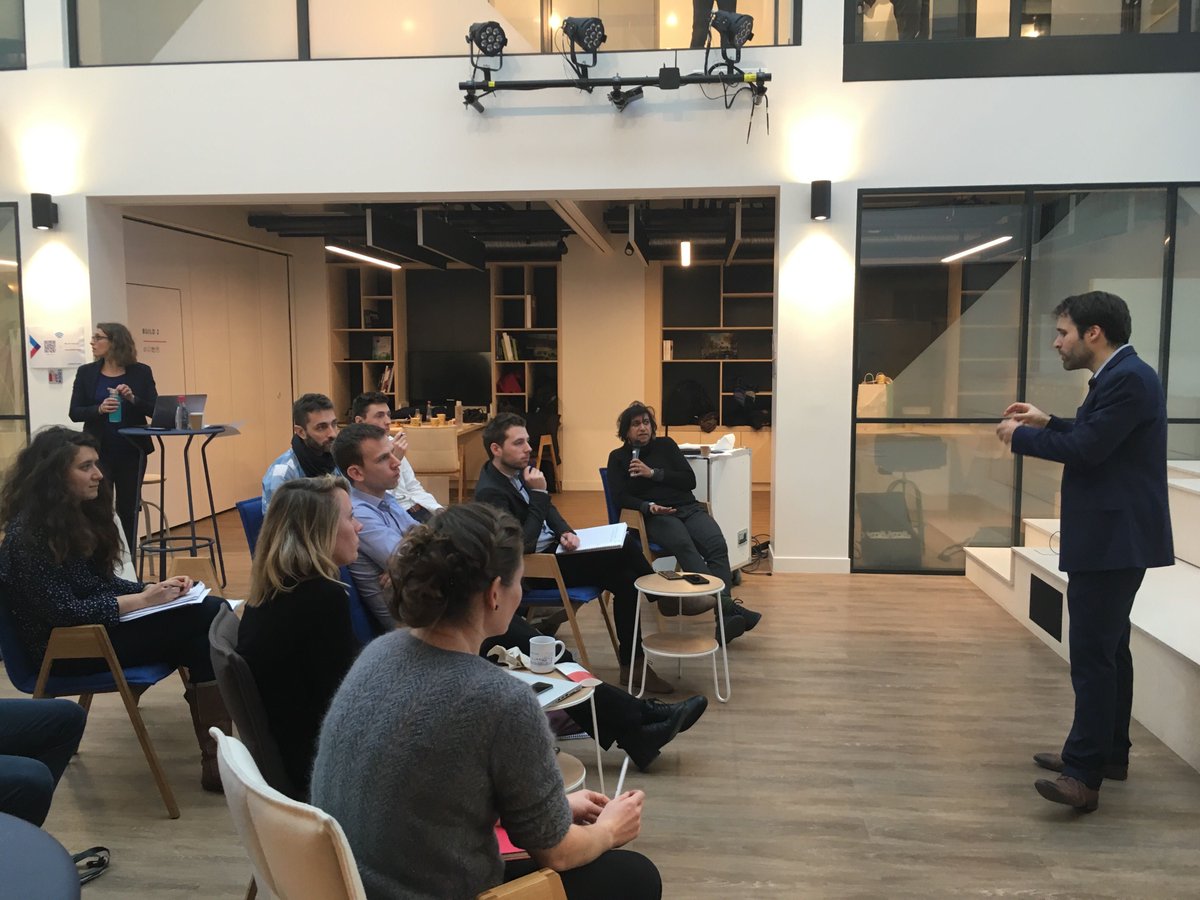 The intrapreneurs were naturally excited about taking their first steps, but ran into a few difficulties when they started out on their path. At this point, they are still sun-lighting at their VINCI Group BU but they are also ambassadors standing up for their ideas.

“January was a right emotional rollercoaster. I realised my idea was unrealistic. Some days, I’d be mildly depressed when I got home; others I wanted to tear the whole project to shreds.”

“There’s this enormous mass of information you have to absorb, and it takes some time to get used to the intense pace. That’s part of the natural selection process for intrapreneurs. But here I am: I’m on and I’m not getting off until I get to the end!”

Rush Week is a booster for intrapreneurs when they have just started developing their project.

“We get to meet people one-on-one, and then to talk about the project to several people at the same time. When you have so many experts in such a wide variety of fields, in the same place at the same time, the outcome can be surprising.”

It’s an opportunity to look at the project in a new light, with a group of experts pooling their knowledge and insights.

“It’s about challenging the project on a daily basis.”

The goal is to establish a business model

Once the observation phase is over, the intrapreneurs have to map out their business model. And they need all the feedback they can get to do that. So Rush Week is the perfect place to meet new people, inside and outside the Group, and to listen to what they have to say.

“Today, I need to talk to big engineering groups, to understand their processes, and then find crash-tests for my project.”

When the business model is ready, it’s time for the Proof of Concept (PoC) stage, meaning beta testing. This is the second big challenge for intrapreneurs: they have to convince the right BUs to help them fund a test product.

“Once we have a final solution and we know which technologies we can use, the idea is to develop a product.”

“My next step is to ascertain the price of my first PoC, so I can compare it against average prices for similar solutions today.”

Some projects can encompass several divisions, so their lead has to get several people around the Group on-board.

“I talked to at least 60 people during my two months in incubation. Today, I can tell two Group entities about my solution and hope they give me the go-ahead to develop it. I’d also like to get VINCI Facilities’ executive committee behind the project.”

Some projects can still change direction

Some ideas didn’t interest enough customers or attract enough demand on their market. In these cases, intrapreneurs changed direction – and have to find the energy to start over.

“My challenge today is to stay motivated even though I’ve found out that my original idea had too much competition.”

“When I did my field research to understand customers’ requirements, I realised I had to broaden my project’s scope. Now I’m thinking bigger.” 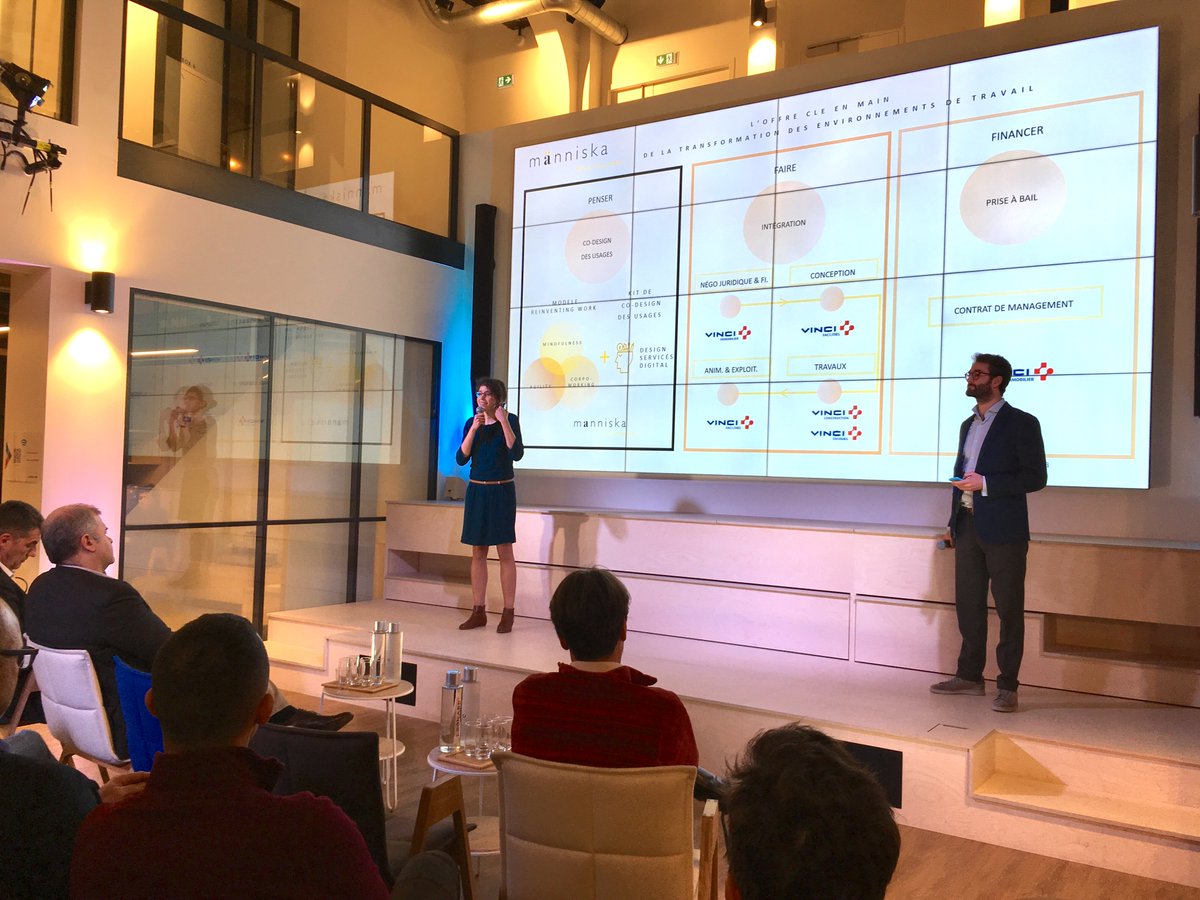 Intrapreneurs from previous contingents also came along to talk about their projects and the progress they had made at the end of the second part of the path (the fast track). Their goal during that phase is to make sure their business model is viable, before operations start.

These intrapreneurs are working with their mentors and have reached various phases in the process. For example, 50 VINCI worksites are already using WasteMarketPlace, Jérôme de Tomasi’s digital waste management solution, but the project needs additional funding to achieve critical mass and start making a profit. Jérôme is proud of the progress he’s made and the change he’s seen.

“Leonard’s a fantastic accelerator. It puts you in touch with resources in a wide variety of disciplines. I’m the only specialist in my particular field, but VINCI gave me all the expertise I need around it. I started this path as secretary general and now I’m a developer!”

Maxime Varin, who is leading the SunMind project, is working with VINCI Concessions and Omexom (VINCI Energies). His goal is to finalise his bid for his first customer by the end of the first half of the year, and to raise funds to show the rest of the Group that solar energy is brimming with potential.

“I want to show VINCI that it has a lot of potential in solar energy: I’m certain we can find new solutions for renewable energies.”

Melissa Demouth and Sébastien Gautier worked on their project Människa with their mentor, Didier Thévenard (Eurovia Director of Equipment) and have found customers to test their product.

“The in-house coaches and mentors are helping the intrapreneurs take their projects further. We’re here to help you, so make the most of it! The Group is very decentralised, but Leonard is a forum where we can get together, pool our efforts, and all pull together in the same direction.”

News from the 2017 contingent

The intrapreneurs in the first contingent (which embarked on its path in 2017) who have turned their projects into working businesses, were also at Leonard to advise their up-and-coming peers. Some of the ones who started honing their ideas at Leonard are now developing new solutions and business lines within VINCI BUs. The fact that their projects cut across several Group divisions, and bring together such a broad spectrum of expertise, is making them fearfully effective.

Karim Selouane developed Résallience, VINCI’s new consultancy helping cities and regions adapt their infrastructure to climate change. Résallience is now part of Sixense, a VINCI Construction subsidiary. They have completed projects together inside and outside the VINCI Group, and inside and outside France.

Alice Blouët led the Concreative project (concrete 3D printing using XtreeE technology), with Khalil Doghri. She has handed it over to a team, after moving to Freyssinet’s technical printing office and setting up its first 3D printing robot in Dubai. Their order book is starting to fill up.

Trust[in], the VINCI Group’s online recruitment firm, was created by Samir Bengelloun. It has generated €150,000 in revenue so far and is planning to double that figure in 2019.

“I’m working with all the business lines in the Group and hoping to hire three more people for the team in 2019.”

Damien Bahon, who led the Rehalib project, has set up his operation within GTM Bâtiment. His next goal is to consolidate his operation into a BU, hire a team and build his market. He has already generated €40,000 in revenue and is aiming for €200 million next year.

“Here, a sponsor is also an investor. We set objectives together and, if we achieve them, we move on to the next step straight away. It’s a proper entrepreneurial approach, that’s what Leonard is still doing.”

The first day of this Rush Week in Leonard’s bustling office was all about sharing. The people with projects in the incubator will leave with a fresh energy boost, the ones on the fast track will pick up new ideas to take their project to the next level, and the ones who have moved on will have even more contacts than before. And the mentors and coaches will be even prouder of their young protégés. 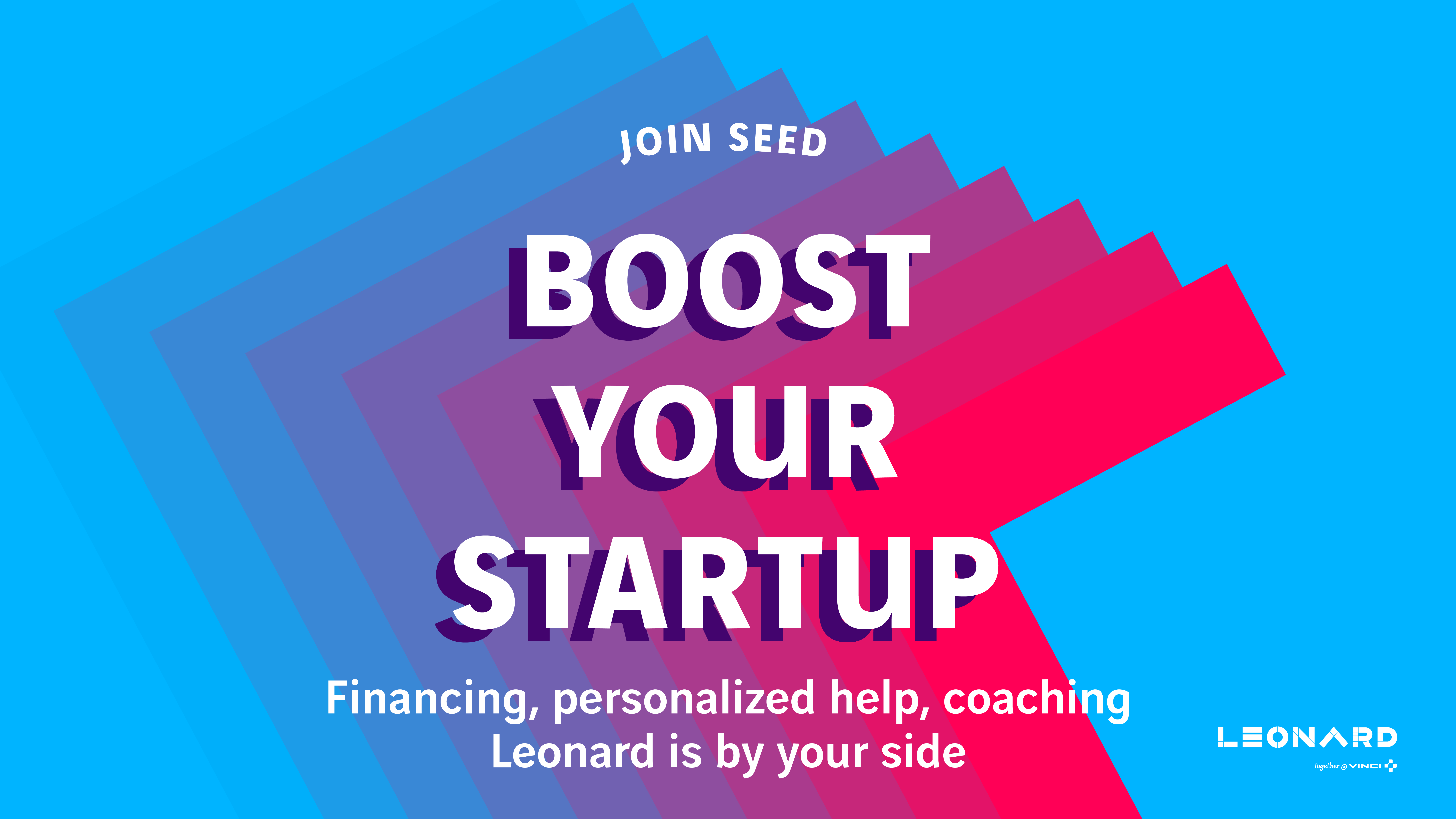 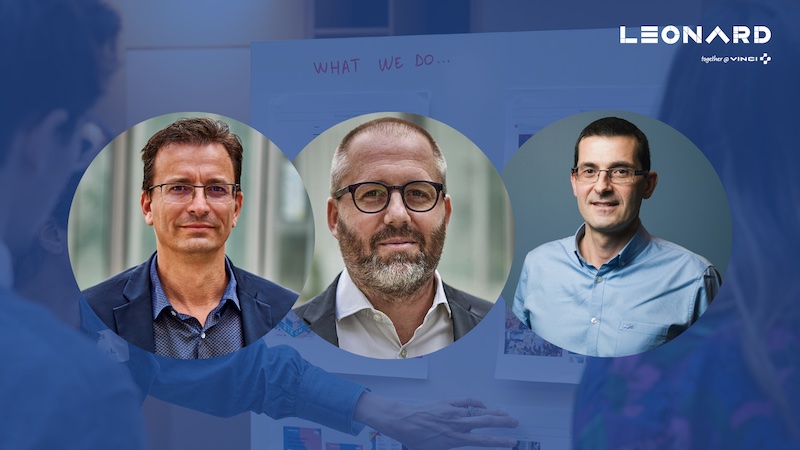 Intrapreneurs Program: “I wouldn’t go back for anything in the world”

On June 22, Leonard's Intrapreneurs 2022 Demo Day marked the end of the incubation phase of the program dedicated to innovative project leaders from the VINC...