Entrepreneurs, philosophers, architects, illustrators…. The numerous experts who came to the Building Beyond festival are certainly wide-ranging. We’ve chosen 10 of the best blurbs that sum up the city of tomorrow. To watch them all in full, head to our YouTube channel. 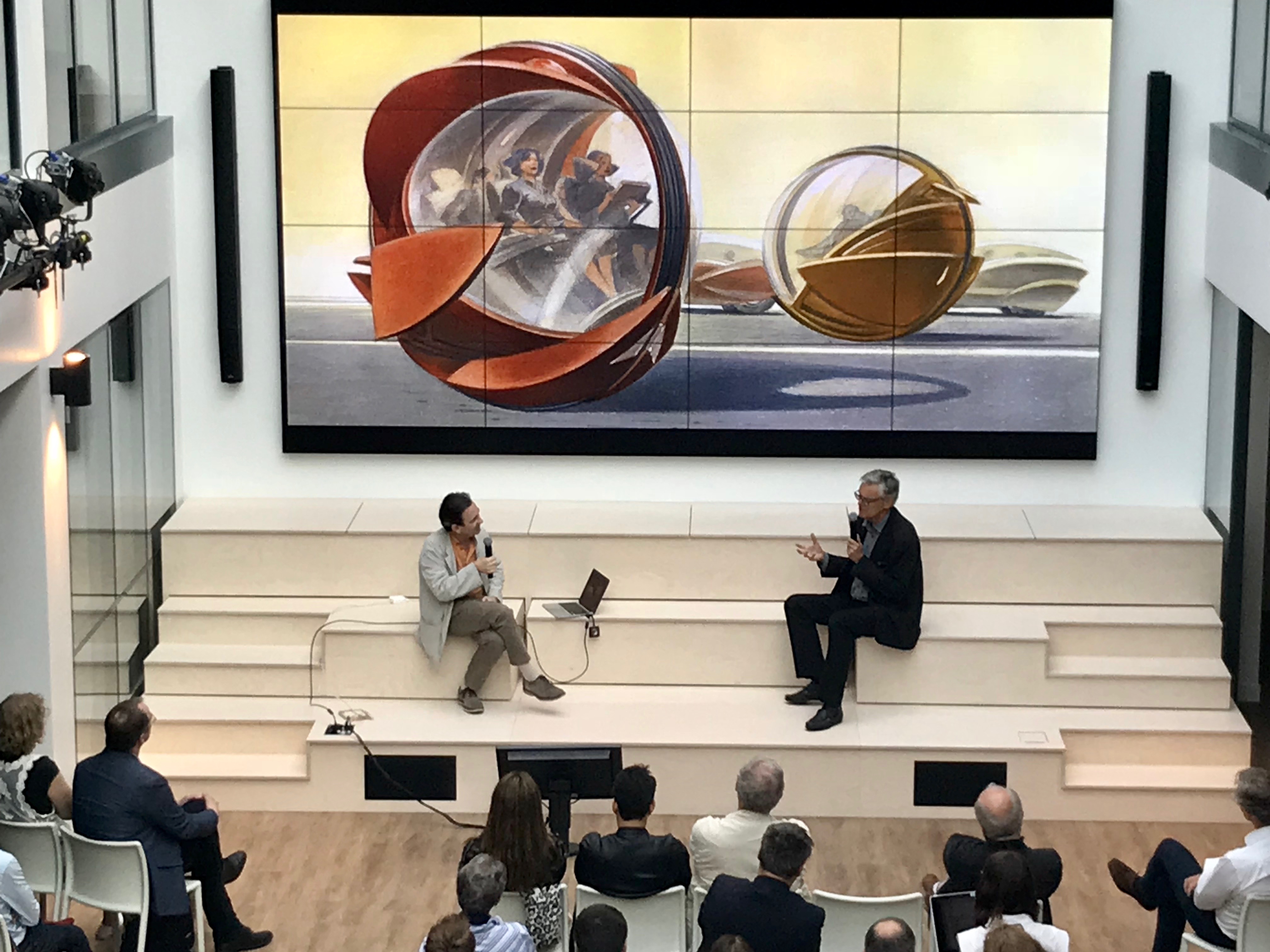 “We need to create a new urban intelligence, using digital platforms to organize local debate and give residents the ability to seize the technological future of their city.”

Bernard Stiegler, philosopher, president of Ars Industrialis, and director of the French Institute for Research and Innovation (Is the city the new field for disruptive innovation ?)

“First of all, co-living is a way of reinventing the “we” in housing. In practice, today’s reality sees new small players and investment funds who are incredibly dynamic coming together and getting in on the action, and it’s in major companies’ best interests to take note and explore.”

Earth no longer has a monopoly on construction

“Today, we can start to think about the expansion of the human race on non-terrestrial surfaces. This means that, from now on, we must think about how to build and live in conditions different to what we know on Earth.”

Claudie Haigneré, advisor to the director of the European Space Agency, managed the Moon Village project (From the Earth to the Moon: building and living the extreme)

“Places have lost that dimension of oddness and mystery. We need to take back useless, ‘free’ space for ourselves, like regaining lost time. Because deep down, useless space is the most useful place there is, it’s the place for desire and storytelling.”

François Schuiten, illustrator of “Les Cités Obscures” with Benoît Peeters (“Today’s cities are begging for a spark of imagination”)

“Radical innovation applied to urban systems must take into account wide-ranging constraints. And so what’s lacking is not so much the imaginary, but rather, the capacity to be accepted in a collective manner.”

Daniel Kaplan, co-founder of Plurality University and scientific advisor at FING (The Next Generation Internet Foundation).

“Imagine that space is becoming flexible, it’s defined in real time by digital technology, and so everyone has the impression they live in a 100-square-meter space. We should be dreaming up living buildings, convivial structures and porous properties. We mustn’t forget that architecture isn’t just about what a building looks like, it’s about living inside it too.”

Sewing the seed of urban farming

“Urban farming has always been around, such as with allotments. Today we’re seeing a revival, there’s a strong need to reconnect with nature when in a city. City dwellers want to get their hands dirty.”

Changing the world on a city-scale

“In the Middle Ages, states were weakened by wars. Today, states are weakened by socio-economic wars. But when Donald Trump chose to withdraw the United States from the Paris climate agreement, many cities took a stance to continue the fight against global warming. Cities have increasingly bigger opportunities.”

“The underworld is a haven which enables the world above to be connected to the grid. That’s the idea behind l’Île de la Cité, which is about connecting the buildings above ground with subterranean welcome and information centers so they can share resources. The idea isn’t to live underground, it’s something more interesting that than. It’s about creating a place where our homes and city centers can fertilize.”

“Can we really control cities? Mapping doesn’t really depict things entirely realistically. Nowadays, we see a sort of confusion between models and representations of reality. Cities are, above all, physical spaces which produce surprising things, reacting like a catalyst for the unexpected.”

Antoine Picon, Harvard Graduate School of Design and École des Ponts (Algorithm city: neither a dream nor a nightmare?)